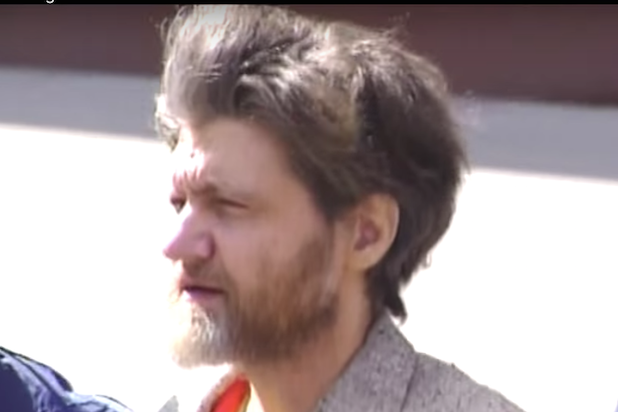 The domestic terrorist currently serving a life sentence at a maximum security prison near Florence, Colorado, said that Discovery’s 2017 miniseries about the FBI’s struggle to find him was “mostly fiction” — even though he hadn’t actually watched it.

“I haven’t seen the series myself, but to judge from what people have written to me about it, it’s mostly fiction,” he wrote in a handwritten letter to CNN political reporter Andrew Kaszynski (no relation).

“This does not surprise me in the least,” he went on. “Media reports about me have generally been loaded with bull manure.”

Ted Kaszynski also used the letter to plug his own book, “Anti-Tech Revolution: Why and How.”

Andrew Kaszynski published a screen-grab of the letter on Twitter Sunday night. It’s unclear why the two were corresponding. Andrew Kaszynski did not immediately respond to request for comment from TheWrap.

After I watched Manhunt Unabomber @ManhuntSeries I was curious what the Unabomber thought so I wrote him a letter asking his opinion. He said he's not a fan and the series was largely fiction. pic.twitter.com/W2OM1nYhTE

The cold shoulder from Ted Kaszynski stands in contrast to the show’s mostly positive reviews. The series currently maintains a 92 percent fresh rating on Rotten Tomatoes.

“‘Manhunt’ is an all-out winner. It draws great tension and frustration out of the bureaucracy of this particular federal bureau and takes the time to detail the Unabomber’s motives as well as his methods,” wrote NPR TV critic David Bianculli.

“This miniseries also is presented cinematically and with subtlety. The graphic shots of the bomb victims may unsettle you, but it’s the symbolically-loaded late-night shots of traffic lights that are most likely to haunt you, just as in the original “Twin Peaks.”

The series is creation of Andrew Sodroski, Jim Clemente and Tony Gittelson with Paul Bettany in the role of Kaszynski.