FX on Hulu’s “Under the Banner of Heaven” has rounded out its cast with 11 additions to the limited series starring previously announced leads Andrew Garfield and Daisy Edgar-Jones.

Created by Dustin Lance Black (“Milk,” “When We Rise”), FX’s TV series version of the book follows a devout detective whose faith is tested as he investigates a brutal murder that seems to be connected to an esteemed Utah family’s spiral into LDS fundamentalism and their distrust in the government. 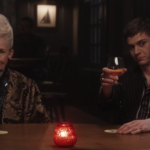 Worthington has been cast as Ron Lafferty, Gough is playing Dianna Lafferty, Russell has the part of Dan Lafferty, Howle is Allen Lafferty, Birmingham is Bill Taba, Clemens is Rebecca Pyre, Culkin is playing Samuel Lafferty, Numrich is Robin Lafferty, Pirrie is Matilda Lafferty, Seacat is Josie Pyre and Heyerdahl is Ammon Lafferty.

As previously announced, Garfield will star as Pyre, an LDS elder who is committed to his Church and family but begins to question some of the Church’s teachings through his contact with a suspected murderer. Edgar-Jones stars as Brenda, a young faithful Mormon who is the victim of a brutal murder.

Production on the show recently began in Calgary.

FX’s “Under the Banner of Heaven” hails from FX Productions and will be available exclusively on FX on Hulu. No premiere date has been set for the TV adaptation yet, which was ordered to series by FX Networks in June.