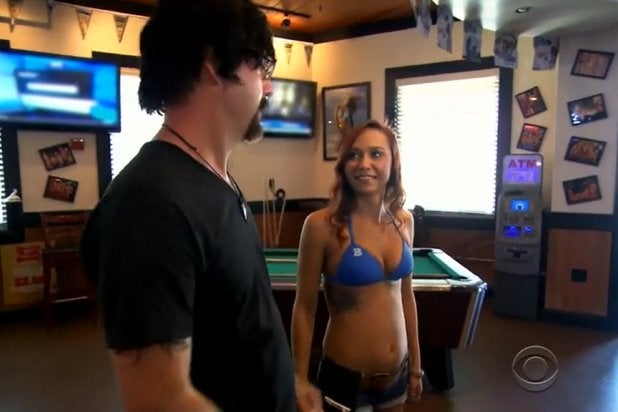 The end of “Undercover Boss” is usually the uplifting moment when the executive of a company reveals him or herself to the employees, then offers them gifts and praise for the hard work they’ve been doing. But when Texas chain Bikinis Sports Bar & Grill CEO Doug Guller offered a 23-year-old waitress a breast augmentation, the online reaction was swift and very negative.

In the same episode, Guller terminated another female employee for, among other things, declining to wear her uniform — a bikini top — on television. He also took her to task for continuing to serve a very intoxicated customer.

Other employees featured included a kitchen supervisor, who earned a long-overdue raise, and a manager who was given a pay bump and improved insurance.

Fans online took Guller to task for, as they saw it, underpaying the female manager, and punishing one woman who didn’t want to exploit her sexuality on television and had ambition, while offering another an inappropriate “gift.”

Meanwhile, the show’s official Twitter feed was live-tweeting the events, seemingly oblivious to the overwhelmingly negative conversation happening at the hashtag #UndercoverBoss, even though they were also using it. “Do you think Grace will make the perfect bikini babe?” the show asked, while telling viewers to “#TryNotToCry” over Guller’s gifts.

Guller himself jumped on Twitter to thank the show after its East Coast airing, also not acknowledging — or unaware — of the Twitter outrage. “Thank you very much #undercoverboss,” he wrote. “Many thanks to Chris George & the Bikinis team, y’all rock! #BikinisSportsBarAndGrill #eatwithyoureyes.”

Bikinis Sports Bar & Grill is direct about its emphasis on beautiful women as part of what it offers, with Guller unapologetically introducing the company in the episode by proudly proclaiming he’s so proud to be a “breastaraunt” that he trademarked the term. The company offers an official bikini calendar, and touts itself as “America’s Only Breastaurant” on its menu, while its tagline is “Sports With a View.”

After the “Undercover Boss” episode aired on Sunday, a Facebook page was launched against the company, and a Change.org petition asking CBS to apologize for the episode, though neither has picked up a great deal of traction just yet. Representatives for CBS have not yet responded to TheWrap’s request for comment.

We’ve gathered a sampling of the Twitter reaction below.

If I was a millionaire I would walk into every Bikinis and pay those girls to get an education and boycott that dumb f**k. #undercoverboss

I didn’t think it was possible to make Hooters look like a classy place but @DougGuller some how managed it. #undercoverboss

Had to turn on #undercoverboss after seeing the outrage on Twitter. Wow! I can see what the fuss is all about.

Shocked about Bikinis Bar on #UndercoverBoss tonight. We give boob jobs over health insurance. We fire others for ambition. #HRNightmare

@PamMktgNut @CBS I could hardly believe my eyes! Especially when he gave Henry a 30% raise and Meghan an 8% raise. Shame on #UndercoverBoss

@undercover_cbs I must have missed the wonderful parts of any moment in the show. #undercoverboss #sexismsells

What moment was that? When the woman who thought better of herself was fired, or the boob job? #undercoverboss pic.twitter.com/t6bijpylTI