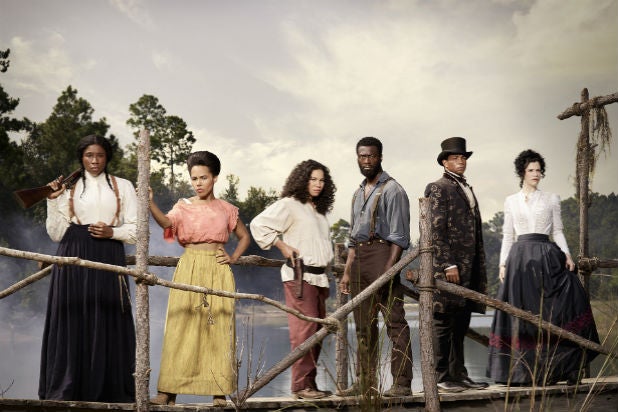 “This country was built on racism and sexism, and I think our incoming president is again going to be racist and sexist,” Green said when asked about the relevance of her Underground Railroad series in today’s society.

Fellow executive producer John Legend also let Trump have it, saying, “Trump has promised to make this a less just and free country. Those who believe in justice will have to stand up for it.”

Both stated that the characters on the WGN America series will continue their struggle for justice and freedom, with a major theme of the new season being “Are you a citizen or a soldier?”

The series will premiere its second season on March 8 at 10 p.m. ET on WGN. It will feature Aisha Hinds as legendary Underground Railroad conductor Harriet Tubman and Sadie Stratton as notorious slave catcher Patty Cannon.

The 10-episode second season follows our heroes in a divided America on the brink of civil war, each side vying to enact their own justice.

Also Read: Paul Anka Will Not Perform 'My Way' At Trump Inauguration Ball