(Warning: This post, which was first published May 16, contains spoilers for “The Underground Railroad” finale)

Barry Jenkins does not reveal until the final episode of his Amazon Prime Video limited series “The Underground Railroad” the story of Mabel (Sheila Atim), Cora’s (Thuso Mbedu) mother whom Cora has always believed abandoned her on the Georgia plantation they were enslaved on to escape to freedom without her little girl. Once viewers do reach the finale, aptly titled “Mabel,” they learn that Cora is deeply mistaken about what really happened, though Jenkins lays the groundwork for you to make that discovery in the show’s very first episode.

Now that you’ve reached the end of “The Underground Railroad,” based on Colson Whitehead’s novel of the same name, you know Mabel wandered off into the nearby swamp in a daze after her best friend killed herself and two newborn babies that were forced into her care immediately after she had given birth to a stillborn infant. Once she finally snapped out of it, Mabel realized where she was and that she had left her young daughter behind and turned around to go back for her. But she never made it back to Cora, because she was bitten by a snake and died from the poison right there in the swamp, never to be found by anyone, including slave catcher Ridgeway (Joel Edgerton). 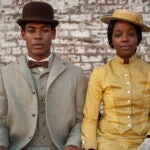 This finale scene is mirrored by one in the premiere in which Cora and Caesar (Aaron Pierre) are escaping the plantation through the swamp and a snake hisses at Cora and almost bites her.

“Part of it was knowing that these two events were going to be separated by at least nine hours of storytelling,” Jenkins told TheWrap of the bookend scenes. “And part of it was, when you read the book, the Mabel chapter comes last. And so you get this just wallop of information as a reader. And I realized, Cora never gets this information. And so I thought in the adaptation, Cora is also never going to get this information. And yet there had to be something spiritual, because in making the show, I would be on this piece of land that used to be a plantation or I would be in this cotton field where I knew way ancestors were forced to work without compensation or any any kind of rights of process. And I would have a feeling, I would feel them.”

The “Moonlight” filmmaker continued: “And so I thought, if Cora walks through the swamp, she might have this feeling as well. She doesn’t know what to do with it. And the audience at that point in watching the show, if have haven’t read the book, they won’t know what to do with it, even if they have read the book, seeing it is going to be so beyond. So I thought, we have to do this. And that was where the fun of adaptation came in.”

Jenkins told us the “most important” shot in all of “The Underground Railroad” was the exact moment when Mabel realizes what’s going on, as the camera gets ahead of her in the swamp and then reverses course in one long take to show her standing still in horror.

And just as that scene was the important to the show, Mabel’s story as a whole is the most important arc for Jenkins, even though it is not reached until the final episode, and is told in half of the finale, with the other half being devoted to the successful end of Cora’s journey to freedom. 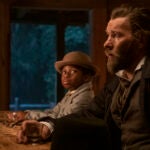 “The story of Mabel was the most important for me in making this show, by which I mean, I don’t know any Black woman I’ve ever met who would willingly abandon their child – especially given the situation that Mabel would be abandoning Cora to,” Jenkins said. “And so I thought, I have to create a world where in a psychological way, just for a moment, this woman is so destabilized that she makes, not even this choice, I’m using choice in air quotes, that she walks. So building the episode I was like, whatever real estate I need, that is the real estate I’m going to give, because this to me is the most important story in the whole show to get right. That’s me as a Black man who was born to a Black woman. That was my responsibility.”

Jenkins say the “trick” here was the handoff between Mabel and Cora, which went through one big change in the final cuts.

“I’ll tell you a secret from the whole show: There’s a cut scene where Sheila, who plays Mabel, she sits down at the tree in the swamp, and she’s been bitten, and she sings this song to Cora. It’s the same song, we also abandoned this part, that Cora sings to Grace in the North Carolina episode. And I thought, ‘You know what? This is an echo. It’s a beautiful echo. But is it too beautiful? Is it just too nice and too pointed?’ And so in the end, I decided against it.”