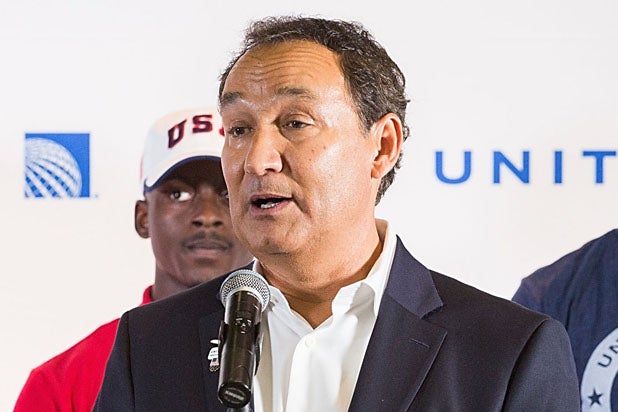 United Airlines CEO Oscar Munoz will not be promoted to chairman in 2018 as previously planned, according to a Friday SEC filing from parent company United Continental Holdings.

Per an amended employment agreement dated last April, Munoz was originally set to assume the chairman role on the date of the company’s 2018 shareholder meeting. That was postponed indefinitely according to Friday’s filing, as the companies agreed on a second amended agreement, “leaving future determinations related to the Chairman position to the discretion of the Board.”

In exchange for signing off on an amended agreement that removed the provisions in the previous version which gave Munoz a clear and set path toward becoming chairman, Munoz received consideration of $1. Munoz initiated the change, according to the filing.

Also Read: United CEO Says No One Has Been Fired Over Passenger Removal

United Airlines became a national punching bag after literally turning one of its passengers into one, as security personnel engaged by the airline forcibly removed Dr. David Dao from his seat on an April 9 flight from Chicago to Louisville after he was unwilling to vacate so that airline employees could travel to get in position for assignments the next day. According to his attorneys, Dao suffered injuries including a concussion, broken nose and loss of his two front teeth.

Munoz issued a statement last week taking “full responsibility” for the incident and promising to “make it right.”

“Like you, I continue to be disturbed by what happened on this flight and I deeply apologize to the customer forcibly removed and to all the customers aboard. No one should ever be mistreated this way,” he said. “I want you to know that we take full responsibility and we will work to make it right.”