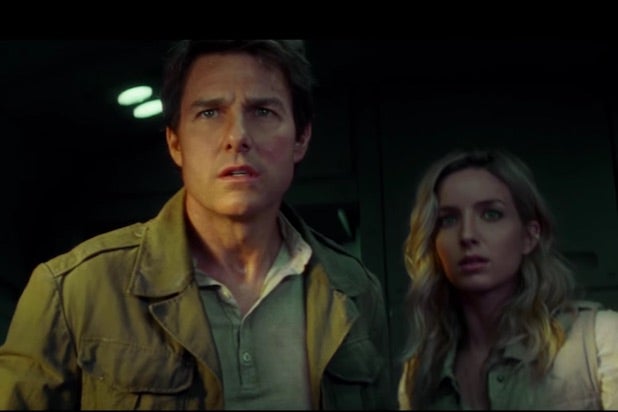 Universal Pictures announced Thursday that it has canceled the London premiere of Tom Cruise’s “The Mummy” in the wake of Monday’s deadly bombing at an Ariana Grande concert in Manchester England.

“The Mummy” event had been scheduled for Thursday, June 1.

“All of us at Universal have been devastated by the terror attack in Manchester and continue to stand with the community and country as it recovers,” the studio said in a statement. “Out of respect to those affected by this tragedy we have decided not to move forward with the London premiere for ‘The Mummy’ scheduled to take place next week.”

On Wednesday, Warner Bros. called off its own London premiere for the DC Films release “Wonder Woman.” In its statement, the studio said, “Our thoughts are with those affected by the recent tragedy in the UK. In light of the current situation, we will not be proceeding with our plans for the Wonder Woman premiere and junket activities in London.”

“Wonder Woman” will have its U.S. premiere Thursday in Los Angeles. The film opens June 1 in the U.K. and June 2 in in the U.S.

In addition, Ariana Grande postponed her tour in response to the attack that killed 22 people and injured dozens more just after her Monday concert at the 22,000-seat Manchester Arena.

Grande’s “Dangerous Woman” tour had been scheduled to resume Thursday at London’s O2 Arena, but the tour will now be delayed at least through June 5.

“We ask at this time that we all continue to support the city of Manchester and all those families affected by this cowardice and senseless act of violence. Our way of life has once again been threatened but we will overcome this together,” Grande’s team said in a statement to Entertainment Weekly.