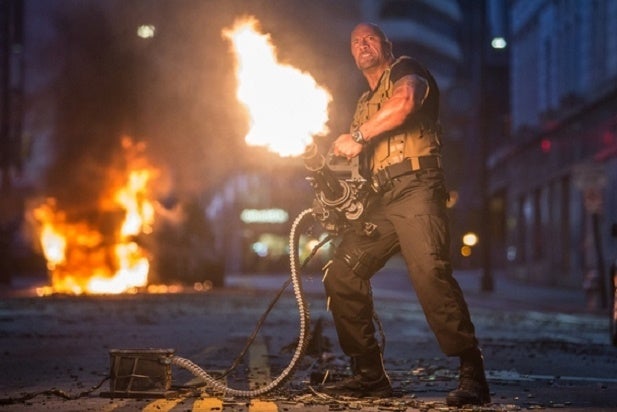 Led by the success of “Fifty Shades of Grey” and “Furious 7,” Universal Pictures International will hit $1 billion in international box office grosses for 2015 on Wednesday, the studio said.

“This year we are thrilled to offer audiences some of our biggest and best homegrown franchises with huge prospects in our international markets,” said Clark. “The early results have been terrific and today we celebrate a milestone with our filmmakers, distribution partners and talent who have worked tirelessly to bring these fantastic films to theaters across the globe.”

($401.2 million) and “Furious 7” ($316 million) led the way, along with Focus Features and Working Title’s “The Theory of Everything” ($85 million). The “Furious 7” number is all the more impressive since it’s only been out for a week. It opens in Russia and China this weekend.

Universal is the second studio to hit the $1 billion mark this year. Fox International crossed the milestone for the 12th consecutive year on Saturday.

Universal’s not done yet. Coming this summer are several sequels with major box-office potential: “Pitch Perfect 2,” directed by Elizabeth Banks; “Jurassic World,” directed by Colin Trevorrow and starring Chris Pratt; and “Ted 2,” the follow-up to the highest-grossing original R-rated comedy of all time from writer, director and voice star Seth MacFarlane.

The biggest of all could be the animated “Minions,” the prequel to the hit “Despicable Me” films from Illumination Entertainment. It’s also hoping for big things from “Trainwreck,” the comedy written and directed by Judd Apatow and starring Amy Schumer.