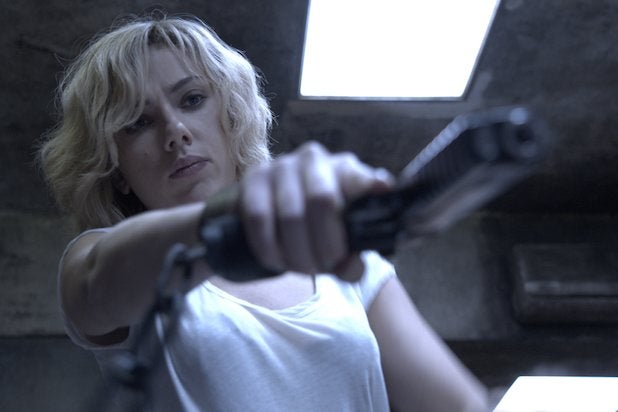 The movie had been scheduled to open Aug. 8, the same weekend as Paramount’s “Teenage Mutant Ninja Turtles,” DreamWorks’ drama “The Hundred-Foot Journey” and Warner Bros.’ “Into the Storm.”

It would have also opened a week after Marvel’s “Guardians of the Galaxy,” which early data suggests will be a big hit. It now gets a week of running space before “Guardians,” another superhero movie, though a decidedly lighter one.

Besson is a talented writer, director and producer who directed “Leon the Professional,” “Nikita” and “The Fifth Element” while writing and producing the “Taken” and “Transporter” franchises.

“Lucy” stars Johansson as a drug mule in Taiwan who turns into a superhuman after a drug implanted in her body leaks. She can absorb knowledge instantly and does not feel pain.

In its old date, it would have opened a week before “The Expendables 3,” another action film that will play well overseas, and “As Above, So Below,” the first Legendary Pictures movie released by Universal. “

Universal will now release “Lucy” a week after another one of its titles,” The Purge: Anarchy.”