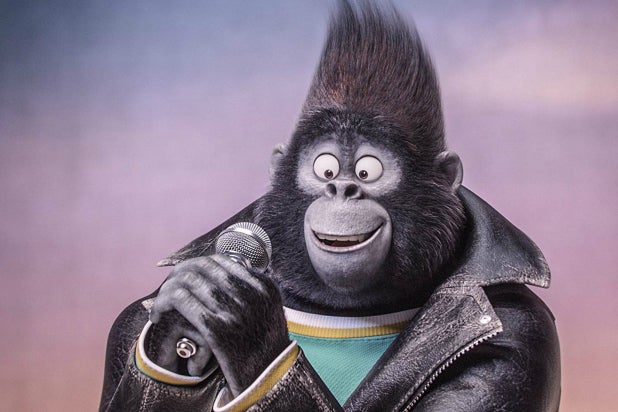 The cast of Universal’s animated feature “Sing 2” will get a bit more time to warm up their vocals, after the studio announced on Friday that it has pushed the film’s release date back six months.

“Sing 2,” from writer-director Garth Jennings, will welcome back to the cast Matthew McConaughey and Reese Witherspoon, alongside Scarlett Johansson, Taron Egerton, Nick Kroll and Tori Kelly. They will be joined by soon-to-be-announced fellow vocalists lending their talents to characters new to the world of “Sing.”

Their characters will prepare for a bigger stage and a brighter spotlight as they leave the Moon Theater for the big city in “Sing 2.” The film comes from the creative team behind other Illumination films “Despicable Me,” “Minions” and “The Secret Life of Pets.”

Jennings, who also directed the first film, is known for “The Hitchhikers Guide to the Galaxy.” He also voices the character of Miss Crawly.

Set in a world entirely inhabited by animals, “Sing” featured McConaughey as the voice of eternal optimist Buster Moon, a dapper koala in desperate need of money to save his beloved, and struggling, theater.

In order to bring his pride and joy to its former glory, he produces the world’s greatest singing competition, tricking contestant into believing that this is their shot to change the course of their life.

The first film grossed $634.1 million at the worldwide box office in 2016, on a production budget of $75.0 million, according to Box Office Mojo.