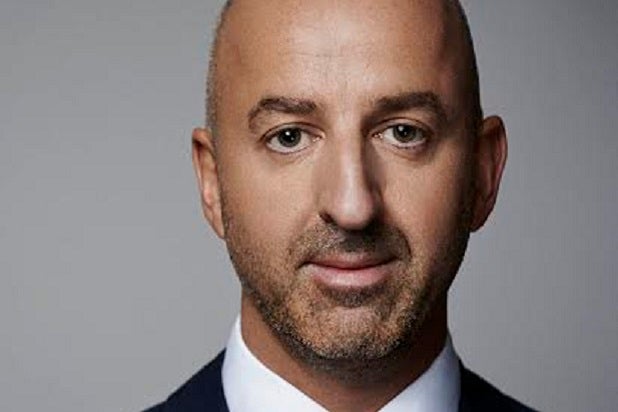 Rowan Conn will take over as CFO of the Universal Filmed Entertainment Group, replacing Sean Gamble, who is leaving the company for unspecified new opportunities.

“Sean has provided tremendous leadership to Universal during his time here and has played a significant role in developing the strategic direction of the company,” Universal chief Jeff Shell wrote in a note to staff.

Conn hails from corporate sibling NBCUniversal International, where he was also CFO.  He has been at NBCUniversal for nine years, starting as VP of finance for Universal Pictures International. Shell, who took over last September, also hailed from the international side of the company.

Jason Beesley will take over for Conn as CFO of NBCUniversal International. Gamble will remain at the company to ease the transition until March 31.

Here’s the memo from Shell:

I wanted to make you aware of some changes coming in our finance division.

After more than five years as Universal Pictures’ Executive Vice President and Chief Financial Officer (CFO), Sean Gamble will be leaving our company to explore new opportunities. Sean has provided tremendous leadership to Universal during his time here and has played a significant role in developing the strategic direction of the company.  He has been a highly valued member of our executive team and key partner to our global operating leaders, helping establish effective operating processes that have positioned our company for growth.  Sean’s work has greatly contributed to improving Universal’s profitability and we are tremendously grateful to him for his many years of service.

While we are sorry to see Sean go, we are thrilled that CFO for NBCUniversal International Rowan Conn will be moving to Los Angeles to become the new CFO for Universal Filmed Entertainment Group.  Rowan has been with our company for nine years.  He began as Vice President of Finance for Universal Pictures International (UPI) where he served as a key advisor in Universal’s separation from its joint venture with Paramount (United International Pictures- UIP), which helped grow Universal’s international theatrical operations into a multi-billion dollar company.  He was appointed CFO for UPI in 2007 and in 2009, he added Universal Pictures International Entertainment (UPIE) to his portfolio as CFO.  In 2011, Conn was elevated to CFO for NBCUniversal International where he has been overseeing various international divisions following the acquisition of the company by Comcast.  Prior to his service with NBCUniversal, Rowan worked for ten years in various financial positions in the media sector including roles within Sony and NewsCorp.

Also today, Kevin MacLellan announced that Jason Beesley, who currently serves as Senior Vice President (SVP) and CFO for UPIE, UPI and (Universal Pictures International Productions (UPIP) will become CFO NBCUniversal International, a role he will begin in March 1.  Jason is a trusted and talented member of our finance team who has been with our company since 2007. He started as Vice President of FP&A for Universal Pictures and quickly became SVP.  In 2011, he moved to London to become SVP and CFO for UPIE and in September of 2013, Jason added UPI and UPIP to his duties as CFO.  Prior to that, Jason held various positions across GE and NBCUniversal.

We are fortunate that Sean will be staying on with us until March 31 to help Rowan in his transition and in turn, Rowan will be assisting Jason in preparing for his new duties as well.

Please join me in congratulating Rowan and Jason and wishing Sean well in his new endeavors.