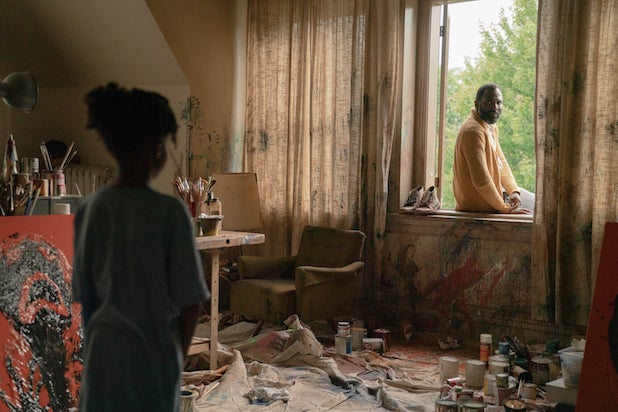 Nia DaCosta’s “Candyman” remake is being pushed from June 12 to Sept. 25 in the wake of the coronavirus, Universal Pictures announced Friday.

Universal’s film “Praise This,” previously set for release on Sept. 25, is now without a release date and will be scheduled at a later time.

Peele frames the story of the supernatural killer with a hook for a hand named Candyman as a demon that has haunted Chicago’s Cabrini Green neighborhood for decades. But in the present day, a decade after the last of the Cabrini towers were torn down, visual artist Anthony McCoy (Abdul-Mateen II) and his girlfriend, gallery director Brianna Cartwright (Parris), move into a luxury loft condo in Cabrini, now gentrified beyond recognition and inhabited by upwardly mobile millennials.

Anthony’s artwork of the legend unknowingly opens a door to a complex past that unravels his own sanity and unleashes a terrifyingly viral wave of violence that puts him on a collision course with destiny.

“Candyman” comes from Universal and MGM in association with BRON Creative, and Jordan Peele and Win Rosenfeld’s Monkeypaw Productions. The film is produced by Ian Cooper, Rosenfeld and Peele. Peele wrote the screenplay with Rosenfeld and DaCosta.

Jordan Peele's 'Us': All the Horror References We Found So Far (Photos)

With the release of "Us," Jordan Peele has cemented his status as the next can't-miss horror filmmaker. He's also proven himself to be quite the horror expert, as he's sprinkled in the most references to fright flicks we've seen since "American Horror Story." Here are some of the references and inspirations we caught. (WARNING: MINOR SPOILERS!)