Univision is launching a subscription-based (read: pay) global streaming service, though it does not yet have a name or a price point. The Spanish-language leader is also expanding its free, ad-supported (AVOD) one, PrendeTV.

The two-tier offering is expected to debut in the U.S. and in Latin America in 2022, the company said on Monday. To pull this off, Netflix VP of content Rodrigo Mazon has joined Univision as executive vice president and general manager of the SVOD service.

The new premium subscription tier (SVOD) will feature more than 6,000 hours of Spanish-language content and more than 30 original productions exclusively on the service within its first year, according to Univision. It will bring together VIX, Univision Now and PrendeTV, and launch with new projects from creators Maria Dueñas, Santiago Limon and Mario Vargas Llosa, among others. 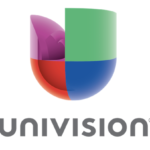 “Today’s announcement is a quantum leap in Univision’s transformation as we aggressively scale and expand our streaming capabilities to bring thousands of hours of premium, original content to the nearly 600 million Spanish speakers around the world,” Univision President Pierluigi Gazzolo said in a statement. “We are excited to announce our new SVOD service as a powerful cornerstone of this strategy, providing us the opportunity to reach global audiences with high-quality, original programming from distinguished producers and top talent not available anywhere else. With PrendeTV, and now with our SVOD offering, Univision is uniquely positioned to satisfy the global demand for premium Spanish-language content, the last truly meaningful open lane in global video streaming.”

“Univision is an iconic brand and the leading Spanish-language media company in United States,” Mazon added. “The previously announced merger between Televisa and Univision will create a company of unprecedented creative resources in the Spanish-speaking world. I could not be more excited to join such a unique company and visionary team at a pivotal time in Univision’s growth and transformation trajectory. I am eager to help drive Univision’s global expansion through the launch of our SVOD service, which will enable us to engage global streaming audiences with compelling storytelling opportunities from our creative community.”