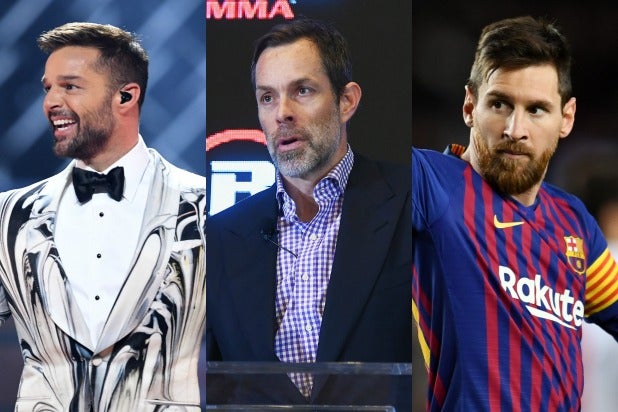 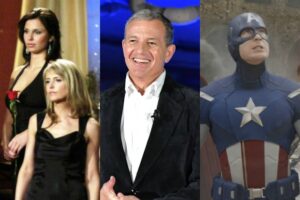 Univision has been the No. 1 Spanish-language network in the U.S. for 27 consecutive seasons among adults 18-49

Searchlight Capital Partners and Wade Davis’ ForgeLight this week purchased 64% of Univision for an undisclosed — but definitely large — sum of money.

Why was the Spanish-language broadcaster, which has reportedly been plagued by internal complaints about corporate leadership and lack of strategy, so attractive to Davis, the former Viacom CFO? The network’s Nielsen TV ratings dominance coupled with the rapid growth of the U.S. Latino population, a majority of whom speak Spanish, opens up a world of possibility.

Univision has been the No. 1 Spanish-language network in the U.S. for 27 consecutive seasons among adults 18-49, which is the demographic most coveted by advertisers. It’ll be 28 in a few months, as Univision is currently beating Telemundo by 19% in Monday-Sunday primetime and by a whopping 36% in in terms of total day. Those are the kinds of margins NBC would kill to have over CBS.

(*In Monday-Friday — “weekday” — primetime, Telemundo has the advantage among adults 18-49.)

That gap in the morning and during late fringe is stunning.

Approximately 90% of Univision’s primetime viewing is “live,” which is very appealing for advertisers who would strongly prefer viewers who have to sit through their TV spots.

With its Latin Grammys, news programming “Noticiero Univision,” and the 2019 Liga MX Apertura Final (soccer, America vs. Monterrey), Univision has the No. 1 Spanish-language entertainment show, the top newscast and the highest-rated sports telecast of the season.

We should note here that key competition Telemundo does regularly beat Univision certain primetime hours with its telenovelas. One particularly bright spot there has been the strong performance of Kate del Castillo’s “La Reina del Sur,” which is the highest-rated series in the NBCUniversal-owned network’s history.

In addition to Telemundo, Estrella and Azteca are the other channels in the Spanish-language space. Those two compete more with Univision’s little sister channel, UniMás, than the big kids.

(But don’t sleep on UniMás, which has beaten The CW by 25% in the key demo five weeks in a row with the numbers put up by its live reality show “Enamorándonos,” which airs from 8-10 p.m. Monday through Friday.)

Of course, not all of Univision’s value comes from its national broadcasting channel.

Also Read: We Looked at Men's and Women's 10 Favorite TV Shows - and Only 4 Made Both Lists

The company has a lot of local-station strength, especially in New York City and Miami, both cities with large Latino communities. Latinos make up almost one-third of NYC’s population almost three-fourths in Miami, according to the U.S. Census Bureau’s most recent estimates.

An individual with knowledge tells TheWrap some of that local draw can be attributed to Univision’s news programming, which Spanish-speaking audiences rely on for information about everything from elections to the Census to what to do during a massive weather event.

On the sports side, Univision’s TUDN (formerly known as Univision Deportes) accounts for more than 50% of all U.S. soccer viewing.

Also Read: Why Netflix's New Top 10 Lists Are More About Marketing Than Transparency

Univision also puts on a lot of large-scale events, some of which are televised, like last week’s “Premio Lo Nuestro 2020” awards show, as well as the concerts produced by the company’s Uforia division.

And then there’s the non-TV stuff. Univision’s Strategy & Insight team has excellent data on U.S. Latino consumers. You can imagine just how valuable that is in 2020 America, where Latinos are the largest minority group, with 18% of the total U.S. population. And per the Census Bureau, an estimated 41 million U.S. residents, or 13.4% of the population, speak Spanish at home.

Univision Communications went private in 2007 when Haim Saban bought the company for $13.7 billion. For fiscal 2006, company revenues were $2.026 billion. On Thursday, Univision reported revenue of $2.688 billion for fiscal 2019, up nearly 33% a baker’s dozen years later. There have been ups and downs over that span.

Last summer, the Los Angeles Times reported that Saban and his private equity firm partners were looking to unload Univision for $8-$10 billion, after initially holding out for a much larger sum. In that same story, the Times said several current and former Univision employees described the company as a dysfunctional organization that was plagued by struggles between Latino managers and older white executives.

“At the board level, private equity captains soured on their investment, browbeat management and starved key Univision properties, including such local stations as KMEX-TV Channel 34 in Los Angeles, so they could pay down the company’s $10-billion debt,” the Times wrote.

The transaction, which is subject to regulatory approvals, is expected to close later in 2020.

Davis is set to become Univision’s CEO, a position currently held by Vince Sadusky, who will exit the company after the transaction closes, an insider knowledgeable with the deal tell TheWrap.

In a memo to staff Tuesday, Sadusky said Searchlight and ForgeLight understand the impact Univision has on the Hispanic community.

“As I have said to you before, we know that demographic and economic drivers of Hispanic consumers will spur growth in media consumption and spending for years to come, and we have been focused on positioning Univision to best capitalize on this historic opportunity,” he wrote. “It is very clear that our new investors strongly admire and appreciate the value of our brand, leading market position and dedicated employee base. Today’s news is a reflection of their belief in Univision and our people.”

He added, “As a team, we have transformed Univision to be strategically, operationally and financially stronger than it has been in years. We have made important moves – strengthened programming, secured many major distribution deals, closed our strongest Upfront in four years, divested non-core assets and enhanced our news, sports, local and digital offerings. Our partnership with Televisa has never been stronger and continues to create an unstoppable, world-class content machine operating at full steam – and that isn’t changing. We are a reenergized and refocused company, and today marks the start of an exciting new chapter.”