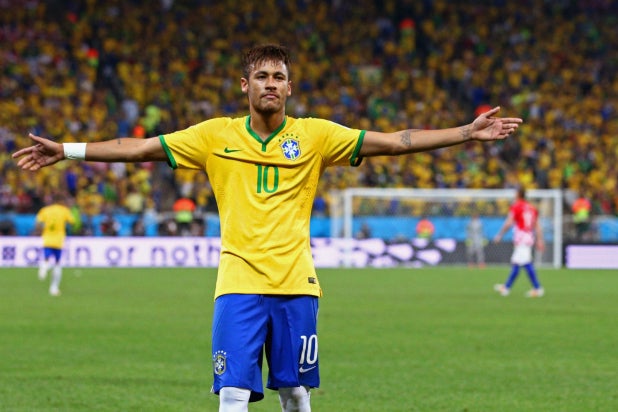 Univision scored a viewer win over ESPN as Brazil scored a World Cup win over Croatia.

The opening match of 2014 World Cup got 5.1 million total viewers on the Spanish-language net, out-delivering the self-proclaimed Worldwide Leader in Sports’ 4.4 million. It was a 14 percent margin of victory.

Univision also boasted that its Opening Ceremony coverage, which delivered 2.8 million total viewers, was tops in World Cup history on any network regardless of language.

That said, the game did not yield a bad result for ESPN. The cable giant scored its best household rating for the World Cup opener since the measurement began in 1998.