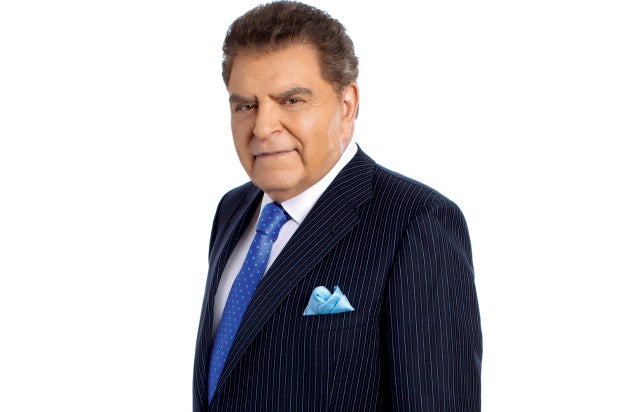 Host and creator Don Francisco (his stage name, real name Mario Kreutzberger) will stay with the network beyond “Gigante’s” final episode, which is set to air on Sept. 19 — the end of the broadcast network’s 2014-2015 television season. The face of the Saturday night show plans to host entertainment specials and campaigns, such as “TeletonUSA,” which is held every year to benefit disabled children.

He will also take part in Univision’s ongoing efforts to discover and develop new on-air talent and professionals, the network said on Friday.

“During my 40 years in the industry I have met few people with the same energy, creativity and passion for television and the audience as Mario, and I join in celebrating him and his team at ‘Sabado Gigante’ for the great success and the milestones achieved in broadcast television,” said Randy Falco, president and chief executive officer of Univision Communications Inc.

“I’m excited to share with the audience this announcement, with which we’re starting to bring to a close the 53-year cycle of ‘Sabado Gigante,’ 30 of which were possible thanks to Univision in the United States,” said Kreutzberger. “There is no doubt that they have been fundamental in my professional development and in my personal and family life.”

“I have no words to thank our viewers for the support, loyalty and enthusiasm with which they have honored us through the years and which have allowed the show to become an unprecedented success in the history of this medium,” he continued. “Special and warm thanks to the outstanding production team, technicians, artists and behind-the-scenes collaborators, because without their efforts and sacrifice, we would have never reached this impressive goal.”

Kreutzberger concluded: “When we began in the United States in 1986, we told them that we were ‘separated by distance and united by the same language.’ Today I can say with great pride and satisfaction that that distance turned into closeness and affection. To all those who joined us by tuning in to ‘Sabado Gigante’ with their constructive criticism, work and loyalty, I would like to say from the bottom of my heart and in capital letters, THANK YOU VERY MUCH.”

Watch B-roll video from over the years: