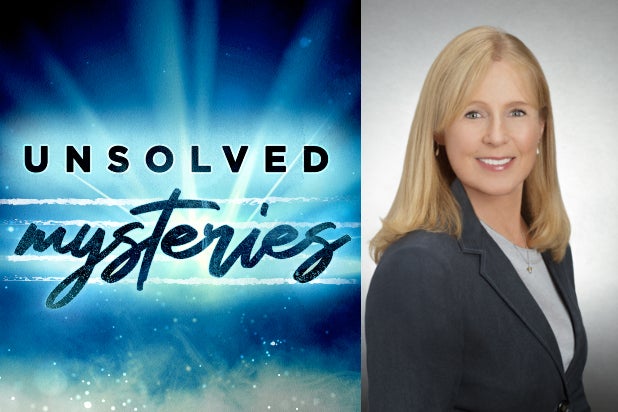 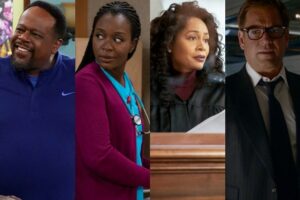 Inside the Making of ‘Unsolved Mysteries” Official New Podcast

”We have collected a database of important stories that need to be told because there are mysteries that we hope that we can solve,“ creator Terry Dunn Meurer tells TheWrap

While “Unsolved Mysteries” separately is producing a series on Netflix, the podcast isn’t related to the ongoing Netflix show and will cover three decades of public submissions they haven’t been able to address, creator Terry Dunn Meurer said. The new “Unsolved Mysteries” podcast will debut in February in partnership with podcast distribution company Cadence13.

The show will be in distinct contrast to another true crime-focused podcast outfit, True Crime Obsessed, founded by Patrick Hinds and Gillian Pennsavalle, which operates a comedy podcast that comments on and uses content from the Netflix reboot series. Hinds and Pennsavalle’s show is not officially licensed by “Unsolved Mysteries.”

Meurer told TheWrap she was both shocked and offended by Hinds’ content, which she feels trivializes the work of the original “Unsolved Mysteries,” which dates back to 1987.

To date “Unsolved Mysteries”– which has received six Emmy nominations — and its licensed spin-offs have helped solve 260 cases out of 1,300 featured in the 34 years the show has run, Meurer said.

In a statement to TheWrap, Hinds and Pennsavalle said they don’t feel their comedy podcast exploits victims or crime stories.

“Though ‘True Crime Obsessed’ uses humor to provide criticism and commentary on true crime documentaries,” Hinds and Pennsavalle said in a statement, “we never find that humor at the expense of the victim, or the crime.”

Meurer spoke with TheWrap about plans for the new show and the Netflix series. This interview has been edited for length and clarity.

What type of content will this new podcast cover?

Our podcast with Cadence13 is completely standalone from the Netflix show. We have collected a database over 34 years of stories that are just very important stories that need to be told because there are mysteries that we hope that we can solve.

It is all the classic content that we’ve always, always presented. So we have murders; we have a creature story; we have ghost stories. It’s the usual complement of categories. In each of them, we have probably two to four interviews with real people who were involved in the stories like we did in the original. It might be family members or people in law enforcement. Or somebody who had a paranormal sighting. We will also direct listeners to unsolved.com, where they’ll be able to look at photos and case details.

It’s taking the original format of the series of the original episodes and turning those into podcasts. Each of the podcasts is about 30 to 40 minutes long. It’s one story per episode, and we’re producing 40 of those podcasts. The plan is to air one a week starting in February. We were just realizing how ambitious it is, because it is a lot of stories.

Has the Netflix show helped bring the “Unsolved Mysteries” brand to new audiences?

I hope our loyal fans from all these years will reach out and listen to the podcast, and I hope we’ll pull in new listeners and new fans of the franchise. The fans really want more mysteries.

One of the frustrating parts of it in the original episodes, we would do four mysteries per episode and with the Netflix show, we could only tell 12 mysteries. There’s so many more mysteries that need to be told. We’re hoping that the audience has an appetite for those mysteries, and for the way we tell those stories.

You had to peel me off the ceiling. I was so upset. So we reached out to ‘True Crime Obsessed’ — our attorney reached out and I reached out personally and just said, “You’re misrepresenting what you’re doing, and it’s ripping off and using our successful brand.”

We were dismayed that the producers were using our brand to promote their podcast. We take these people that we interview in these cases very seriously. There’s a lot of tragedy, and there’s a lot of loss that is involved in these people’s lives, and to take that and exploit it in a comedic way is very discouraging and concerning to me… that’s not what we do and we don’t want to be associated with a show like that and that’s what I told them.

What did you do in response to “True Crime Obsessed” publishing episodes using your content? Did they respond to you?

We received a response from their attorney who said that they would not use our name to promote their series, but they’re using the content. I guess what they do with their podcast is they take Netflix content (maybe from other streamers as well) and they basically rip it off.

I reached out to people in our episodes to let them know that this comedic version of their lives was coming because I was afraid that they would think that we were behind exploiting their stories. I wanted to make sure that they trust us, and they were appalled, they were upset that this was happening. So it’s sad to me that these producers feel that they don’t know these people, they haven’t met them in person, as we haven’t had haven’t been involved in telling their stories.

They’re just exploiting our brand, and they’re exploiting people. I would hope that they would see that and kind of change their plans.

What do you think is wrong about mixing “Unsolved Mysteries” with comedy?

It’s exploiting the tragedy and the loss of these people who just want to get answers to have their story solved. The mission of our show “Unsolved Mysteries” has always been to help people solve cases — and when I say that I don’t use the word “mission” lightly at all. That’s what we have wanted to do, to help law enforcement and help people who would like answers to these movements, most often very tragic cases, in their lives.

All the podcasts we’ve done so far, people are so appreciative of just anything that they might be able to do to get their mystery solved. So to see someone come in and take our content that we take very seriously and feel like we do a responsible job with…to then take that and put a comedic spin on it is just appalling, I guess, is the best word that I can use.