The Danbury Trashers of the United Hockey League didn’t play by the rules — and we don’t only mean on the ice.

Among those is a scene explaining how the Trashers were just so much better than their UHL competition — especially with a 17-year-old general manager in A.J. Galante. We suppose it helps when dad Jimmy Galante, a waste-management mogul with mafia ties, is paying players 3x what the minor-league hockey rules allow. 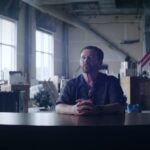 But don’t take our word for it: Watch the video above.

“Every player was getting paid under the table,” one former player says to the camera.

He then looks beyond the camera and asks if he’s “supposed to say that or no?” 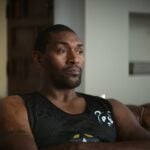 Directors Chapman Way and Maclain Way weren’t about to stop him. Ex-mobster James Galante, who was prominently interviewed for “Crimes and Penalties,” probably wasn’t going to either.

“You always got a Trasher check [and] one or two other checks,” another ex-player chimes in during our exclusive sneak peek. “It was incredible how many different companies I worked for.”

Yes, The Galantes got what they paid for. And just like in the business beyond his trash business, Jimmy Galante always gets his man.

“Untold: Crime and Penalties” asks “What happens when a trash magnate with mafia ties buys a minor league hockey team and puts his 17-year-old son in charge?”

The answer can be found in the below logline, though we really recommend you watch this one. (Actually, all of the “Untold” episodes are excellent.)

A roaring, brawling, bruising, bananas, yet short-lived success, that ultimately gets rocked by the FBI. In 2004, Jimmy Galante created the Trashers, a UHL ice hockey team in Danbury, Connecticut, and installed his “Mighty Ducks”-obsessed teen son A.J. as general manager. (If something sounds familiar about Tony and A.J.: Allegedly, “The Sopranos” was based on Galante and his family.) A.J. wanted to create a blend of pro wrestling and “The Mighty Ducks”  — “a combo of my favorite things, heroes and villains.” The result was a team of misfits combining rough play and record-breaking penalty minutes that drew a loud and loyal fanbase, including some celebrities and coverage on ESPN. Then the FBI showed up to put a lid on the Trashers and Jimmy Galante.