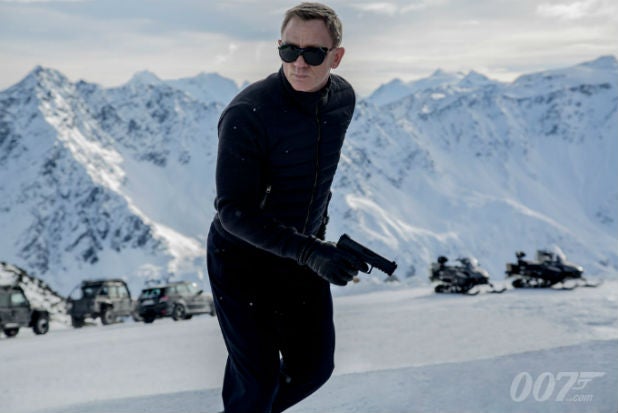 After eight years, fans of the “James Bond” franchise will finally get a new video game, and it will tell the superspy’s origin story.

A new game “Project 007” and in development from IO Interactive, the same company that developed the acclaimed spy series “Hitman.” IO Interactive will use its proprietary game design software, Glacier (which it used to make the “Hitman” series) to develop the upcoming Bond game.

IO Interactive announced the project in a teaser trailer today, but the upcoming game doesn’t have a release date yet.

A free mobile title called “007: World of Espionage” was released by developer Glu in 2015, but there hasn’t been a major PC and console James Bond game since the last James Bond-inspired video game for console and PC, “007 Legends,” came out in 2012 from Activision (timed to the theater launch of “Skyfall”).

Details about “Project 007” are sparse so far, but IO Interactive said the game will not be based solely on Ian Fleming’s “Casino Royale” novel or the 2006 film adaptation (or the prequel novels by Anthony Horoqitz) — instead, its a “wholly original Bond story developed exclusively as a video game.”

IO Interactive said the game will be released on “modern systems and platforms,” so it’s safe to assume the game will be playable on both current consoles and PCs, though the company didn’t say if it will be available on the recently released next-generation consoles from Microsoft and Sony Interactive.

“Project 007” — which is a tentative title for the upcoming game — is licensed by MGM and Delphi and in development in IO’s two Nordic studios in Copehnagen, Denmark and Malmö, Sweeden. EON Productions is assisting with game development.

“It’s true that once in a while, the stars do align in our industry,” IO Interactive CEO Hakan Abrak said in a statement Thursday. “Creating an original Bond game is a monumental undertaking and I truly believe that IO Interactive, working closely with our creative partners at EON and MGM, can deliver something extremely special for our players and communities.”

The newest Bond film in the Daniel Craig-helmed series, “No Time to Die,” was set to release in theaters this November, but is now slated for April 2021 due to the ongoing coronavirus pandemic.

Check out IO Interactive’s teaser trailer for “Project 007” below.