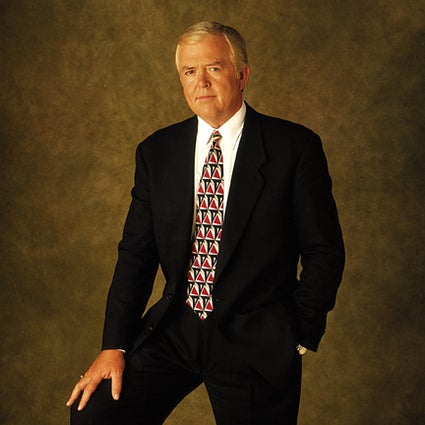 Dobbs made the announcement on his show Wednesday evening. (The news of the pending announcement was first reported by the New York Times’ Media Decoder blog.)

About 10 minutes into Wednesday’s broadcast, Dobbs said that "strong winds of change in this country" have convinced him he needs to become more involved in "constructive problem-solving."

“Some leaders in the media, politics and business have been urging me to go beyond my role here at CNN,” he said.

In a statement, CNN president Jon Klein said Dobbs "has now decided to carry the banner of advocacy journalism elsewhere."

Dobbs – whose conservative views on illegal immigration and border security have made him an increasingly weird fit at the network – has long been rumored to be eyeing the exits. He reportedly met with Fox News chief Roger Ailes last month.

However, a Fox spokesperson claims "we have not had any discussions with Lou Dobbs for Fox News or Fox Business."