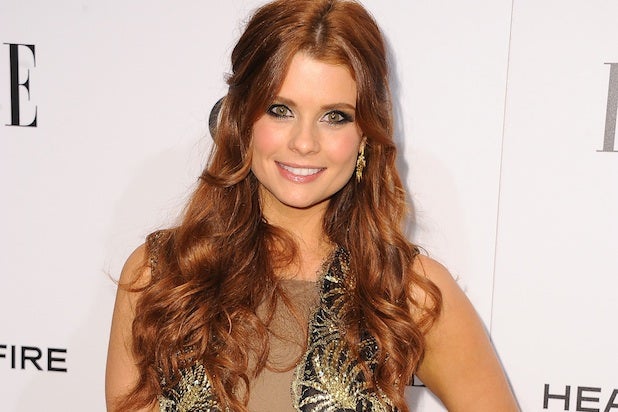 Joanna Garcia Swisher has been cast on the upcoming summer series from “Gossip Girl” producers Stephanie Savage and Josh Schwartz.

She’ll play Betty Grissom in the series about the women who stood beside some of the biggest heroes in American history during the height of the space race.

A bouncy redhead with curls askew and a folksy Hoosier accent, she is the wife of Gus Grissom, another of the original astronauts. She’s got a down home appeal, which endears her to the public. She also seems to have something of a clairvoyant gift when it comes to her dreams which often prove all too accurate. Terrified that her husband will die, Betty is growing increasingly nervous. She had worked hard to put Gus through college, and raised their son solo while he was off at war. She’s beginning to feel like they’re no longer a team.

The role reunites her with the “Gossip Girl” producers. She previously played Bree Buckley on The CW series’ third season.

Currently, Swisher plays the little mermaid, Ariel, on ABC’s “Once Upon a Time.” Her other major TV roles include NBC’s short-lived comedy “Animal Practice” and “Freaks and Geeks”; USA Network’s “Royal Pains”; ABC’s romantic comedy series “Better With You” and “Reba” and The CW’s “Privileged.”