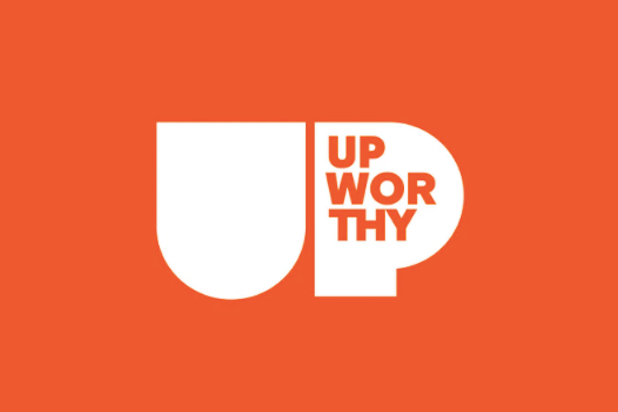 The moves from management also prompted her resignation and that of company president Eli Pariser.

“Today, almost my entire team at Upworthy/GOOD was laid off (and I resigned),” Heron said on Twitter. “This talented and passionate group of reporters, editors, growth/data and product experts is now looking for work.”

Today, almost my entire team at Upworthy/GOOD was laid off (and I resigned). This talented and passionate group of reporters, editors, growth/data and product experts is now looking for work, so if you’re hiring and want introductions, DM me.

“Last week I resigned from the board and will be parting ways with the company,” said Pariser, who co-founded Upworthy back in 2012.

And some news from me. Please LMK if you’re looking to hire some of these great, talented people. pic.twitter.com/wYvEkffyPU

“GOOD and Upworthy have always been a force for social change – working with our communities, world-changing brand partners, and amazing team members over the years despite an increasingly challenging media environment,” Max Schorr CEO of GOOD Media Group said in a statement. “Today, we had to make the hard decision to say goodbye to esteemed colleagues. An incredible team remains, and our mission is as relevant now as ever.”

Former Upworthy/GOOD CEO Ben Goldhirsh, who stepped down in November although he is still listed on the company’s website, told TheWrap he believed the dramatic downsizing was intended to centralize the company on the West Coast.

“Top line is that these cuts are part of a restructure to centralize leadership in Los Angeles. Given what’s afoot in society we need to be our strongest to do as much good as possible,” Goldhirsh told TheWrap. “The operation needed to evolve. Nothing is shutting down. Quite the contrary, the team that is operating the business going forward is pissed off [stet] for greatness.”

Writer Mark Shrayber posted a tweet naming some of his colleagues who are, like him, now looking for work.

The layoffs took staffers by surprise. Though the company maintains a physical office in Los Angeles, most of its editorial staff work remotely from throughout the country. In the weeks leading up to the decision there had been no rumblings of layoffs.

“We weren’t given a reason other than the changing media landscape, though it was our understanding that the company had been profitable in recent months,” a former employee told TheWrap, saying that no mass email was sent out and that individually affected people received phone calls informing them of the news.

It’s a dramatic fall for a company which elicited much promise back when it was launched six years ago and became known for social justice oriented viral content and mildly infamous for pioneering some of the earlier forms of Internet clickbait.

“Why Are Upworthy Headlines Suddenly Everywhere?” asked the Atlantic in 2013.

Also Read: New York Post Offers Condolences to Daily News After Layoffs: 'We Want to Beat the News, But Not Like This'

“They make an emotional promise. They usually have two phrases. They paint their political proposition as obvious, as beyond debate,” said Atlantic staff writer Robinson Meyer at the time. “They’re headlines in the Upworthy style, and they seem to have colonized every news source.” Meyer went on to note that the company logged an eye-popping 87 million unique viewers in November, 2013, leaving legacy competitors in the dust.

Former Upworthy staffers took to Twitter on Thursday evening to sign off from the company and publicly let the work know they were back on the job market.

Now I'm gonna get earnest: After an excellent time at @Upworthy, I am sad to report that today is my last (although I'm being paid until tomorrow so let's meet up for happy hour!).

I, along with a bunch of other wildly talented folks, was laid off from @Upworthy and @good today. It was a fun ride, and I'm pretty grateful to have learned from some of the best. https://t.co/xXGGIZ19wy

hi everyone! some personal news, im looking for full-time employment starting beginning of august! check out my ongoing twitter resume below (it's long and there are updated links farther down!) and let me know if you or someone you know needs a….
✨ good social media noodle ✨ https://t.co/WNE9V9Xfm4

I am one of them. ???? After 3+ years, today was my last day at Upworthy. Please send positive vibes (and cool job opportunities!) my way.❤️ https://t.co/szIZKM9g1H

So… some personal news… https://t.co/ppUGR5kSh6