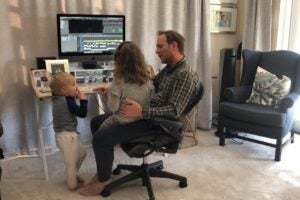 “There will always be connective tissue between the superpowers,” “Feeding the Dragon” author Chris Fenton writes

Much has changed since TheWrap first approached me about publishing an excerpt from my book, “Feeding the Dragon: Inside the Trillion Dollar Dilemma Facing Hollywood, the NBA, & American Business.” I fear, more than ever, where the bilateral relationship is going. Once the COVID-19 crisis subsides, the U.S.-China relationship could enter a Cold War phase. U.S. leaders instigating disputes by labeling COVID-19 in derogatory ways or the Chinese Communist Party (CCP) spreading misleading propaganda about COVID-19’s origin is counterproductive. Not only that, it wastes valuable time and energy. Leaders should solely focus on ending the global crisis.

Post-crisis, and even though I’m growing more hawkish daily, I still must stress the importance of looking at China as a massive opportunity both politically and economically. China hawks should keep in mind that with every American product and service monetizing China’s massive market, there is American influence that comes with it. Each time the Chinese watch a Hollywood movie, cheer during an NBA game, study at an American college, drive an American car or run in a pair of Nike shoes, they are touched by the subtle soft power of ingenuity, initiative, democratic principles and culture from Americans. And economically, the growing Sino-consumption of American products and services creates jobs and increases our nation’s GDP.

I implore steadfast hawks to recognize this opportunity. The continued bilateral exchange of culture and commerce can benefit Americans greatly. And though we need to be more strategic and cognizant of underlying CCP agendas moving forward, that very mission is the underlying theme of my book, and it will always be what drives me personally. 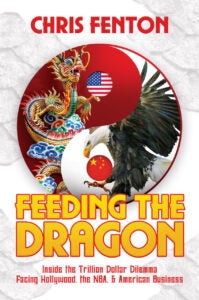 …We were not just premiering a movie that day in 2013, we were opening what would become the biggest market for Hollywood — period. Our business was not only to follow the NBA’s template for success by making China’s 1.4 billion consumers love American movies, but to bring China to the table as a partner in these blockbusters. We were essentially opening the Middle Kingdom, but in a whole new way. That is, if we didn’t screw it up.

Movie launches can create domino effects that generally go one of two ways. A well-orchestrated debut can turn a hit film into an unstoppable juggernaut that makes billions of dollars. A poorly orchestrated opening, or one that suffers from a bad press hit, can go in the exact opposite direction — straight to mega-flop status. Given the number of films released each year, and the many complicated moving parts of successfully producing, distributing, and marketing, movies are far more likely to bomb than to become massive hits.

Also Read: 5 Ways the Oscar Season Could Be Rocked by the Coronavirus

This is especially true in China, where the government can pull a film for any reason. When Quentin Tarantino’s “Django Unchained” surprised the Chinese film industry by garnering both censorship approval and a coveted Chinese release, there was no shock at all when the film was abruptly pulled from theaters, hardly into its very first showings. Why? Because apparently it was discovered that the approvals for the film were given while many officials of the film regulatory bodies were on holiday. It was no wonder that, as the story goes, when a senior official looked out the window of his black, stretch Audi A6 and saw a large line around the block, he asked his driver why. When he found it was for Django Unchained, he called down to his subordinate and asked about the movie. After hearing the plot and tone, he asked why it got through. His subordinate stumbled with giving an answer, so the kill-switch was activated. Spent marketing dollars vaporized and heads rolled. All it took was one bureaucrat Tarantino fan without a good reason for his boss, and that was all she wrote.

Nike commercials in 2004 found a similar fate, and that was more than a decade after the GOAT (Greatest of All Time) himself, Michael Jordan, first brought both his iconic brand and the NBA to China in a massively impactful way. Even though those Nike spots starred the legendary LeBron James, the State Administration of Radio, Film, and Television (SARFT) didn’t like the use of dragons and loathed that China’s prized mythological animals lost to LeBron. “The ads were an insult to the country’s national dignity,” stated SARFT officials. That was enough to pull it from television within hours. Millions in content production and in media spending were lost. Even worse, it set Nike, LeBron, and the NBA backwards in a market they coveted.

Both anecdotes played into my anxiety. Photos as simple as Robert Downey Jr. wearing a smog mask — incredibly insulting to China — on the red carpet, or worse, being a no-show at his own premiere because of safety issues cited by his security detail would kill us and the movie’s returns in China. The bad press could torpedo everything we were trying to do in China. And to top it off, it could decimate returns on a hefty financial investment in “Iron Man 3.”

Like most ambassadors, I had developed a love and loyalty to my adoptive country. I felt a sense of mission that went far beyond box office numbers. U.S.-China relations were on the line. We all knew it. We had to make it work. But as an American, something bigger was at stake. We were pulling a rival country’s culture into our own. We were doing more than opening a market or making nice with China. We were bridging a cultural gap, making the world smaller, more stable, less contentious, and much safer. Failure would surely result in the opposite effect.

I see the bilateral relationship connected like a cell phone connects to a cell tower. In a perfect scenario, there are five bars — Fenton’s Five Forces — of service connecting the two. Let’s compare those five bars to that of five diplomacy forces that either connect countries or distance them: politics, national security, human rights, culture, and commerce. In the case of the U.S. and China, three of those forces share no common ground — politics, national security, and human rights. The best we can hope for is both countries agree to disagree on each. And even that, we haven’t gotten to bilaterally. For the other two — culture and commerce — bilaterally we have a real chance to connect and bond even further. And we are. Michael Jordan and the NBA represent one example. Marvel and Hollywood are another. In forging the bilateral exchange of culture and commerce, there will always be connective tissue between the superpowers. The cell service will work, at least with two bars, if you will. However, if bilateral collaboration stops with those two forces, the final two bars of cell service go blank. The connection between cell phone and cell tower ends. The world’s two superpowers stop communicating. A new and mighty cold war begins. Ever escalating. With no end in sight.

Dramatic, but that was the significance of Iron Man 3. If it works, the two forces become enhanced. If it fails…

For 17 years, Chris Fenton served as the president of DMG Entertainment Motion Picture Group and GM of DMG North America, orchestrating the creative and business activities of DMG— a multi-billion-dollar global media company headquartered in Beijing. He has produced or supervised 21 films, grossing $2 billion in worldwide box office. He currently is CEO of Media Capital Technologies. Fenton also hosts U.S. Congressional member delegations on diplomatic missions to China focused on trade, media and investment. He is a Trustee of the U.S.-Asia Institute.