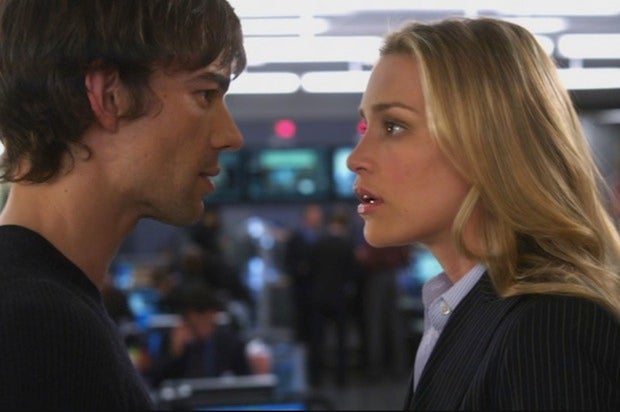 “Covert Affairs” has been canceled.

See Photos: 19 TV Shows on the Bubble – From ‘Community’ to ‘Crazy Ones’

The NBCUniversal-owned network is discontinuing the show because of its low number of live viewers, despite the fact “Covert Affairs” did perform  well in live +3 and live +7 ratings. An individual with knowledge said USA will now be focusing on its other dramas, including “Suits,” “Royal Pains,” and “Graceland.”

Additionally, it has several dramas greenlit to series, including Matt Nix‘s “Complications,” and Sam Esmail‘s “Mr. Robot,” as well as several in development.

The Season 5 finale for “Covert Affairs” ended with several cliffhangers: Annie (Perabo) was trying to decide whether to take a new assignment with the CIA and whether or not to say yes to a marriage proposal. Auggie (Gorham), meanwhile, was considering moving away from covert operations all together.

Barring a Christmas special, the world may never know what the characters decided.