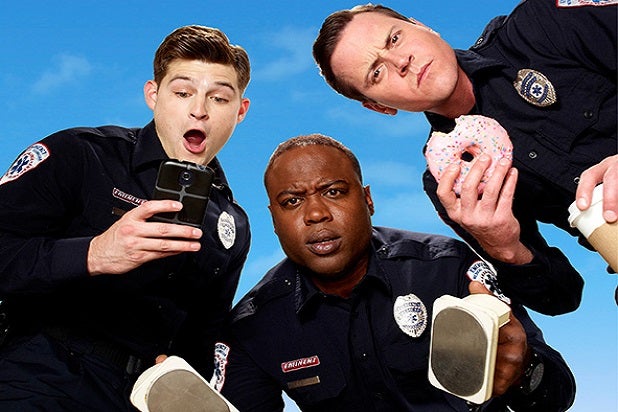 “Sirens” will keep blaring on the USA Network.

USA has ordered a 13-episode second season of the comedy series, which stars Michael Mosley, Kevin Daniels, Kevin Bigley, Jessica McNamee and Josh Segarra, revolves around a group of Chicago EMTs who are rock stars professionally, but struggle to keep their personal lives in order.

“‘Sirens’ resonated with a broad fan base, and we are excited to grow this new audience further, as season two promises a lot more laughs and irreverent humor,” USA Network president Chris McCumber said. “We’re pleased to continue our partnership with Denis Leary and Bob Fisher, whose unique brand of witty, off-kilter and laugh-out-loud writing is brought to life by the immensely talented cast.”

The series, which is filmed on location in Chicago, is produced by Fox Television Studios and Apostle, in conjunction with Daybreak Pictures. Denis Leary and Jim Serpico (“Rescue Me”) serve as executive producers for Apostle, along with Bob Fisher (“Wedding Crashers”). Hal Vogel, David Aukin (“Hyde Park on Hudson”), and David Leach of Daybreak Pictures also executive produce.