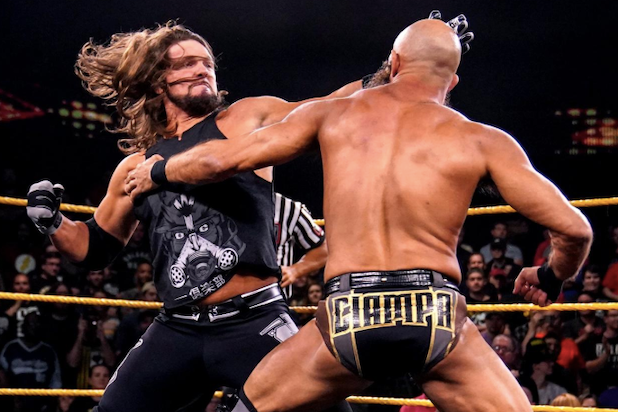 Buckle up, wrestling fans: We may have a “Wednesday Night War” on our hands after all. And all “NXT” needed was for most of “SmackDown” to get stranded in Saudi Arabia. We’ll explain.

In other words, AEW beat NXT by a mere 9,000 total TV viewers. The gap among young adults was larger, however, with the TNT pro-wrestling series boasting a 66,000 — or 15% — advantage.

So “NXT” soared 40% in total viewers week over week, and was +66% among young adults. Versus the last non-World Series night, those increases are +14% and +48%, respectively.

Also Read: Does Corey Graves, the Voice of WWE, Prefer the Commentary Setup for 'Raw' or 'SmackDown'?

But what does Saudi Arabia have to do with all of this? Last week, the vast majority of WWE’s “Friday Night SmackDown” wrestlers were stranded in the middle eastern country after putting on Thursday’s “Crown Jewel” pay-per-view in Riyadh. This led to a mad scramble to put on Fox’s live Friday program, a problem solved by flying in a bunch of NXT wrestlers.

NXT used to be a feeder system for WWE. It is now considered its own distinct wrestling brand. Though talent still moves “up” to the WWE main roster on either “Raw” or “SmackDown,” other wrestlers have been moving back “down” to NXT lately, most notably former NXT and WWE Universal Champion Finn Balor.