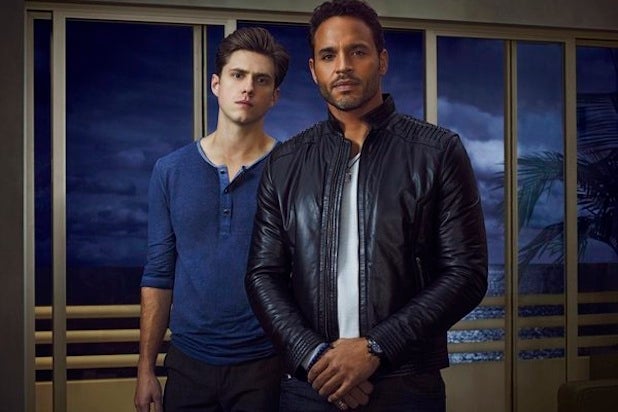 USA Network is inviting “Graceland” fans back to the beach again next summer.

Ahead of its season finale on Thursday at 10/9c, the cable network has ordered a second season of its dark series from “White Collar” creator Jeff Eastin.

“For me, getting a Season 2 is really justification for trying something different,” Eastin, who only found out about the renewal order on Monday afternoon, told TheWrap.

“It was a departure from what they normally do,” he continued. “So, to go out on a limb, especially for the USA Network, to go more serialized and darker than a lot of what they’ve done to the point where our ratings have been climbing each week, to get this pickup for Season 2, I think it’s a wonderful justification for breaking out and trying something a little different in terms of storytelling. That’s been pretty wonderful.”

See video: ‘Graceland’s’ Aaron Tveit on Season 2: ‘I Hope It Works Out’

The network has ordered 13 episodes for the drama’s second season, which is currently slated to return in Summer 2014.

“Jeff Eastin has once again delivered for USA Network,” USA’s president Chris McCumber said in a statement. “‘Graceland’s’ brilliant serialized storytelling mixed with striking cinematography and a captivating ensemble cast has clearly resonated with a wide audience. We’re proud to be the home of summer’s top new cable drama and anticipate ‘Graceland’ will be a long-term player for the network.”

Also read: ‘Graceland’ Star Daniel Sunjata: ‘I Didn’t Really Want to Do TV’ After ‘Rescue Me’

The drama follows rookie FBI agent Mike Warren (Aaron Tveit) who’s assigned to the titular safe house on the beach to be mentored by Paul Briggs (Daniel Sunjata). Unknown to Briggs, though, Mike is there to investigate his teacher.

The renewal arrives during a time of growth for the network. Production is underway on its World War II period alien drama pilot, “Horizon,” from “The Walking Dead’s” Gale Anne Hurd.

Additionally, it is debuting its first slate of original comedies next year, which include Denis Leary (“Rescue Me”) and Bob Fisher’s (“Wedding Crashers”) “Sirens,” and Jessica St. Clair and Lennon Parham’s (“Best Friends Forever”) “Playing House.”

Eastin’s other USA series, “White Collar,” returns for its fifth season on Oct. 17.