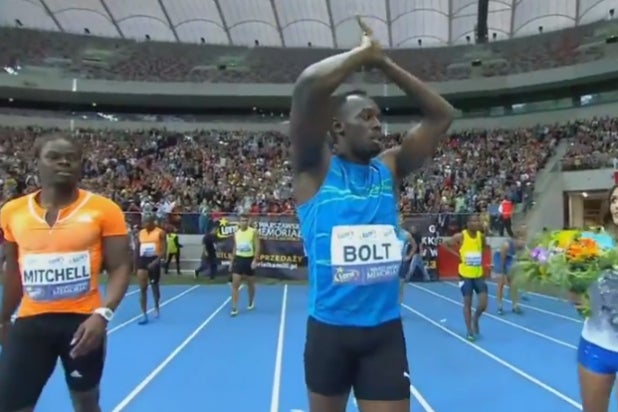 Usain Bolt continues to live up to the hype, his talent, and lightning-esque last name.

The Jamaican sprinter broke the 100-meter indoor world record on Saturday, cracking the previously impenetrable 10-second barrier in the process.

The prior mark was 10.05 seconds, set by Namibian runner Frankie Fredericks in 1996.

Bolt ran a 9.98, besting second place Sheldon Mitchell — also of Jamaica — by about half a second. Mitchell finished the dash in 10.33 seconds, just edging out American Trell Kimmons, who ran a 10.34.