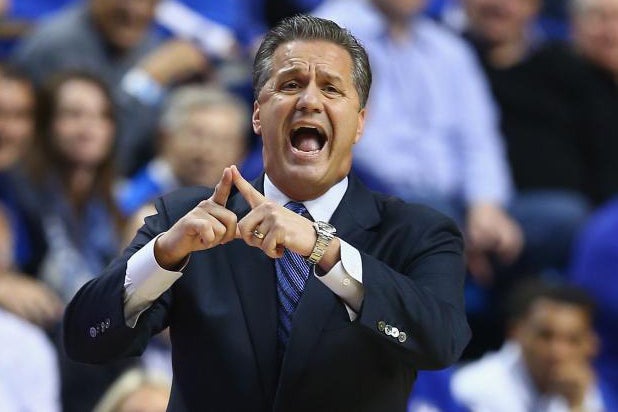 University of Kentucky men’s basketball coach John Calipari is known for being a top-notch recruiter and a master motivator of young hardcourt talent. What he’s not particularly known for is his in-game coaching, a point that legendary New York sportstalk radio host Mike Francesa hammered home on Wednesday’s show.

Coach Cal, who was in-studio with Francesa earlier Wednesday, called into the program as listener “John from Kentucky,” complete with a comically bad accent. He quickly gave up the gag to argue with Francesa as himself.

What followed was a classic Francesa bitch-fest.

“What are you saying, I can’t coach?” Calipari said on-air. “Why didn’t you say that while I was sitting there next to you?”

“Come back up,” Francesa replied, referring the coach being in studio earlier.

“You know what they call me? ‘Cal the Magician,'” the coach said, referring to his ability to contend every year with young players. Then he either hung up, or a show producer cut the phone line off.

Either way, it was a perfect sportstalk radio moment.

Listen to the audio: