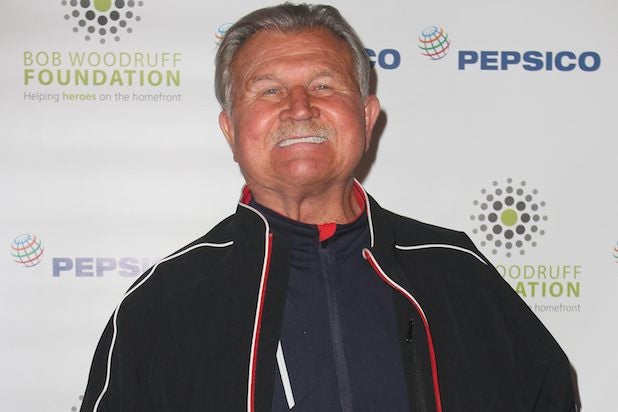 The Super Bowl champ who coached the Chicago Bears and New Orleans Saints before becoming an ESPN analyst after his retirement was very blunt when expressing his dismay over the pressure being placed on Redskins owner Dan Snyder to change the team’s name.

“What’s all the stink over the Redskin name? It’s so much horse shit it’s incredible. We’re going to let the liberals of the world run this world,” Ditka told Redskins historian Mike Richman in a phone interview. “It was said out of reverence, out of pride to the American Indian. Even though it was called a Redskin, what are you going to call them, a Brownskin? This is so stupid it’s appalling.”

Ditka said he hopes Snyder keeps “fighting” against those in Washington, the media and even the Patent and Trademark Office that oppose the name that has graced the team’s jerseys since 1932.

“The Redskins are part of American football history, and it should never be anything but the Washington Redskins. That’s the way it is,” Ditka said. “It’s all the political correct idiots in America, that’s all it is. It’s got nothing to do with anything else.”

The movement to change the name of the football organization has been underway for quite some time, but gained momentum last fall when prominent public figures including Rachel Maddow, Bob Costas and sports journalist Bill Simmons denounced the name some Native Americans consider offensive.

Earlier this summer, a group of Native Americans won an eight-year case with the Patent Office to cancel the team’s trademarks after arguing that trademarks “may not disparage” individuals or groups or “bring them into contempt or disrepute.”

Although the decision could cost the team millions of dollars in merchandise sales, Snyder has repeatedly said he will not change the name.