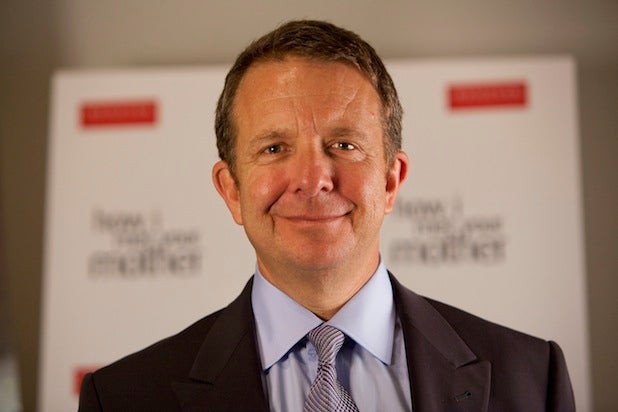 Many filmmakers are lost, baffled by a surge of comic-book movies and special effects, hurt by the deemphasis of story and hungry for a bygone age.

Yet if those same filmmakers will use technology to tell a better story they will unlock the future of the movie business, UTA CEO Jeremy Zimmer said on Thursday.

Zimmer dropped by the SLS Hotel Thursday morning for the Atlantic’s Corner Office, a series of one-on-one interviews between the magazine’s journalists and top executives around the nation. Zimmer was talking with Washington Editor-at-Large Steve Clemons about how he came to the agency and his vision for its future.

After the tale of UTA’s inception — it began on a raft with Jeffrey Katzenberg and Tom Cruise — he moved through his criticism of summer blockbusters to the future of TV. Above all, Zimmer argued antagonists such as Hollywood, China and Silicon Valley will have to identify ways to work together instead of compete.

Here are five takeaways from the sitdown with Zimmer:

The number of expensive, special-effects-laden movies in theaters seems to grow each year, and this summer you couldn’t go two weeks without a movie where the world’s future was in jeopardy.

Zimmer had a simple explanation for it: those potential pieces of business  – art would be too strong a word — are addictive. When a movie opens to $80 or $90 million, “you get hooked on doing that a lot,” Zimmer said. Rather than spend boatloads of money on stars or marketing, you rely on franchises. With all the technology we now have at our disposal, using it to simulate explosions and zombies is irresistible.

2. The Age of “Battleship” Will Come to an End.

As appealing as those tentpoles are when they work, too many of them are getting made. That has deemphasized storytelling. “A lot of filmmakers feel lost,” Zimmer said, arguing that Hollywood now has “franchise fatigue.”

When asked why he believed that good storytelling would become more central to all movies, he said it was because of “skepticism that every cereal box deserves to be a movie.” We’re not sure every studio feels that way, but we’ll keep our fingers crossed.

Zimmer said the remedy would be movies like “Gravity,” a movie that uses technology to enhance a great story and still offers an “emotional experience in a theater.” Sure, “Gravity” director Alfonso Cuaron is a UTA client, but almost everyone who has seen it says the movie is a technological marvel.

“Gravity” is also classic Hollywood because it took five years to get made after Cuaron, the talented director of personal stories like “Y Tu Mama Tambien,” realized the technology he needed to make the movie didn’t exist. So he had to improvise.

UTA has long wanted to be known as a pioneer pushing Hollywood into digital, launching its own studio, hiring a social media agent and representing top emerging talent. While some of those efforts have failed — the studio, 60Frames, is now closed — the agency burnished its reputation with its incubation and guidance of AwesomenessTV.

Brian Robbins‘ blossoming online video company sold to DreamWorks Animation this spring, establishing a model for every other company in that industry. A company that didn’t exist just a few years before netted $33 million upfront and should net almost $100 million in total.

When Clemons asked Zimmer what percentage of the agency’s portfolio came from the digital part of its business, Zimmer declined to specify. However, he said he expects his agency to create several more of those companies, noting that if they are “still talking about [AwesomenessTV] a year from now we’ve failed.”

Zimmer believes that Netflix and YouTube are central to the future of entertainment, defining TV as “anything you watch not in a movie theater.” Yet the movie theater remains a scared place. He argued it would take companies like Netflix some time to get used to spending like movie studios. They have become accustomed to dropping $200 million on a movie, splurging on production and marketing. These technology companies are just finding out how this all works.

There is another option: Don’t make $200 million movies.