United Talent Agency released a new media study on Wednesday surveying parents of kids ages 3-12 on their children’s media habits during the pandemic, along with what they would like to see in kids’ programming.

The study found that between 2019 and 2021, kids’ viewing of streaming services increased 43% as the world was forced indoors by COVID-19. Fifty percent of kids are also now listening to podcasts, while the average number of Spotify users listening to artists who release kid-focused music increased 16% since the start of 2021. 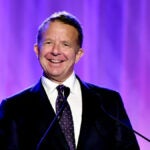 Also Read:
UTA Lands Private Equity Investment From EQT as Part of Next Phase of Growth

That said, 88% of parents also said that they feel time for play and fun for their kids has become more important given current events, and 92% also want their kids to be encouraged to explore arts and other creative ventures in the media they consume.

“Although parents want these very important topics addressed in kids’ content, they also cite a need to balance gravity with levity,” said Matt Feniger, UTA IQ’s Director of Cultural Insights. “Content that offers accessible education and positive inspiration, as well as pure fun, joy and creative self-expression, will be best positioned for success with Gen Alpha and their parents.”

“Gen Alpha’s entertainment usage surged during the pandemic and that has not slowed,” said UTA IQ’s Cultural Insights Lead, Emily Anatole. “This generation is poised to become the largest ever, reaching more than two billion globally by 2025, so it’s critical for creators and brands to understand what’s driving their choices. Not only does this help to effectively engage Gen Alpha now, but it also provides a glimpse of future trends that will define our culture.”

The full report can be read here. 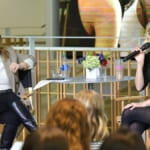