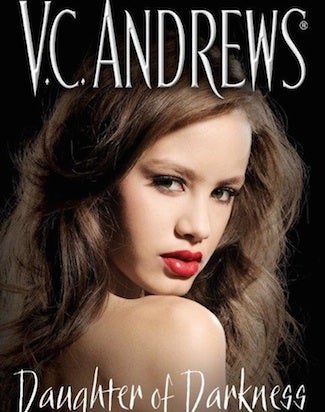 MarVista Entertainment is on a shopping spree.

TheWrap has learned that the production and distribution company has partnered with Canada’s EVOS Media to develop V.C. Andrews novel, “Daughters of Darkness,” for television.

The company is currently exploring both TV and theatrical avenues for the three projects.

“Daughter of Darkness” is a vampire story that features teenage Lorelei and her sisters. All adopted by their father, he has taught the girls how to use their powers of seduction and told them to never fall in love. But, Lorelei breaks the rules when she falls for a handsome classmate and must deal with the consequences.

Andrews’ novels has experienced a resurgence lately, with Lifetime movies “Flowers in the Attic” — which was watched by 6.1 million viewers — and its upcoming sequel, “Petals on the Wind.”

Valdes’ “The Dirty Girls Social Club,” has sold about 700,000 copies in the U.S. alone and has been published in 11 different languages worldwide. It follows a group of Latina college friends, who call themselves “Sucias,” that meet every year following their graduation from Boston College. The book opens with the Sucias meeting, and then follows the women’s lives for the next year.

“The Three Kings: A Christmas Dating Story,” is Vales’ romantic comedy about Christy de la Cruz, a successful interior designer who returns to her roots in New Mexico for the holidays. While there, she meets three handsome Latino cousins – named after the Three Wise Men – who begin an intense competition for her affections.

“A Long Fatal Love Chase” was actually written two years before Alcott’s iconic “Little Women” in 1866, but wasn’t published until 1995.

It follows Rosamond Vivian, a woman yearning to escape her solitary life on an English island with her grandfather. After marrying a man whose character she doubts, Rosamond soon finds herself free from her island confines — only to discover that her new husband has another wife and family. She eventually escapes to Paris, with her lying husband in pursuit.