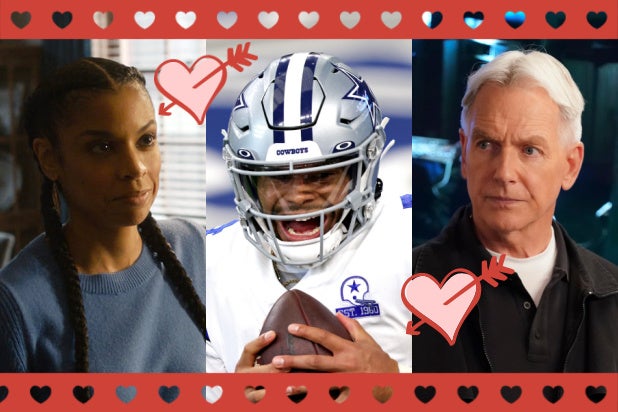 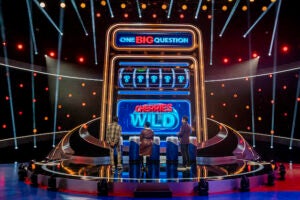 Who Gets the Remote on Valentine’s Day? How Your Relationship Status (and Gender) Affect What TV You Watch

Guys watch a lot of football — and so do women with a partner. But ”This Is Us“ is only a Top 10 show for women

Just in time for Valentine’s Day, we wanted to look at how your relationship status affects what you watch on TV. And according to Nielsen data of the Top 10 shows among men and women with and without a partner, there’s a bit of a Mars/Venus divide in what we watch.

You can also start to see some influence as partners (presumably mostly of the opposite sex) enter into the equation and shape what we watch.

The top broadcast-TV show for women without a partner is NBC’s “This Is Us” — a show that doesn’t even show up on the Top 10 for men who are either single or in a couple. No. 2 is CBS procedural “NCIS,” which lands at No. 9 on the list for single guys.

Also Read: What Was the 2nd Most-Watched TV Channel on Super Bowl Sunday? 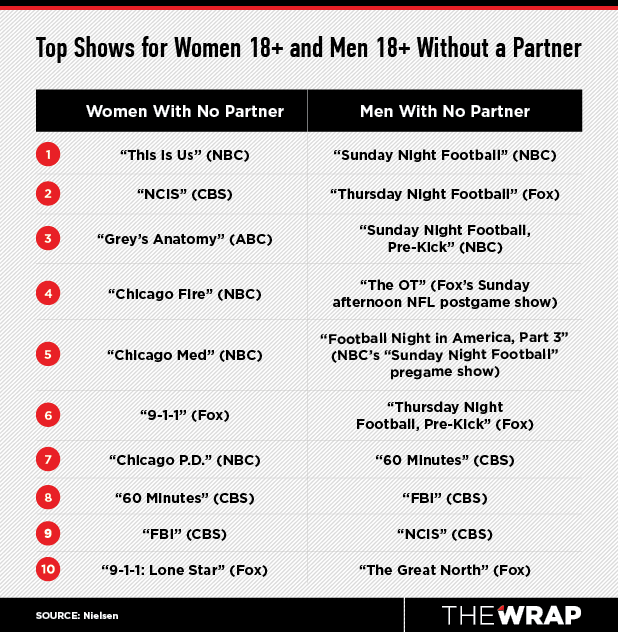 For single men, it’s all about football. The Top 6 broadcast shows among men without a partner are all pigskin. Then there are the familiar “60 Minutes,” “FBI” and “NCIS,” which are the only three shows that appear on each list in our study.

There is a little more overlap among men and women who are in couples — with four shows appearing on each list. 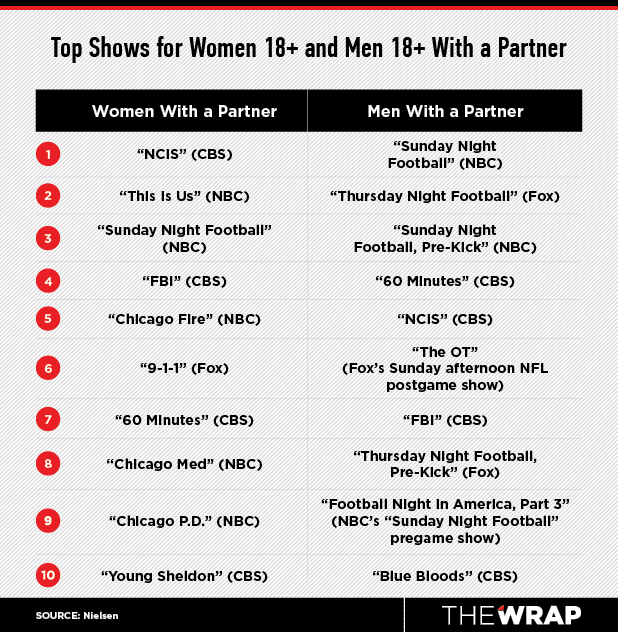 In addition to “60 Minutes,” “FBI” and “NCIS,” women with a partner also watch a lot of NBC’s “Sunday Night Football” — which lands at No. 3. (Read into this what you will, but “This Is Us” — the No. 1 show for single women and No. 2 show for women in couples — does not land on either of the guys’ most-watched lists.)

Of course, the NBC primetime series is also the top show among men — whether or not they have a partner.

Football still dominates for men with a partner, though some other shows sneak into the middle — and CBS’ Friday-night mainstay “Blue Bloods” finishes at No. 10.

For women both in and out of relationships, there’s a lot of affection for procedurals like Fox’s “9-1-1” and NBC’s three “Chicago” series. But while single women still adore ABC’s “Grey’s Anatomy,” which sits at No. 3, the show doesn’t make the cut for women with partners — who sneak CBS’ “Young Sheldon” into the Top 10. 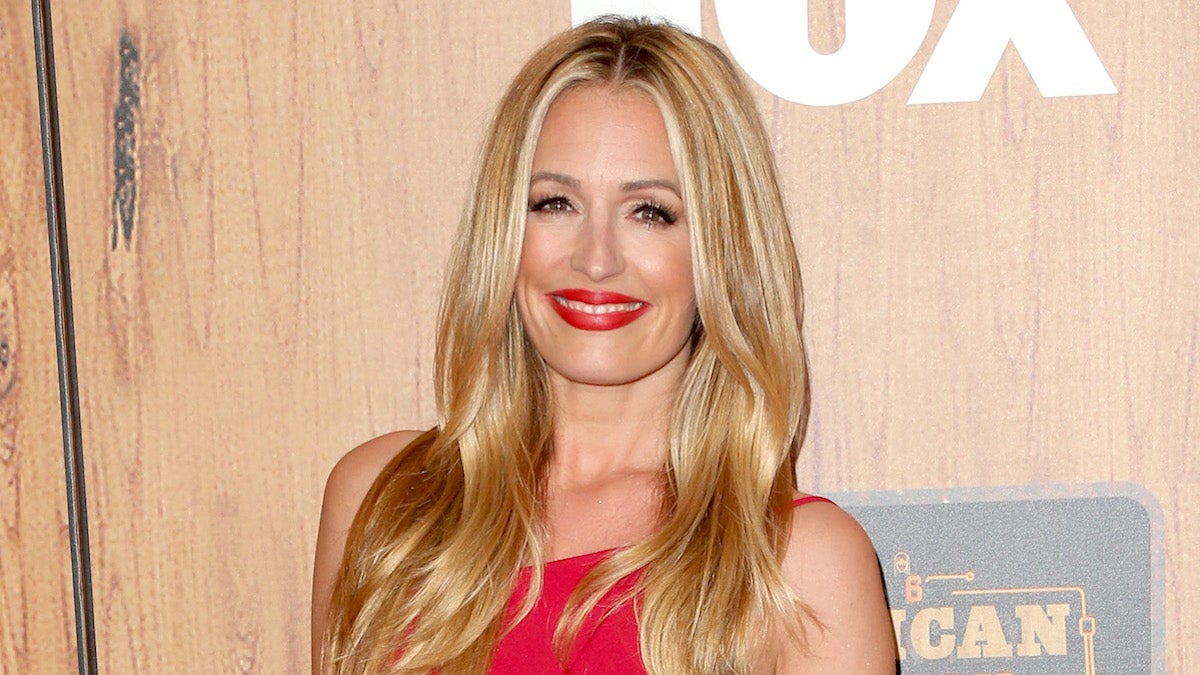 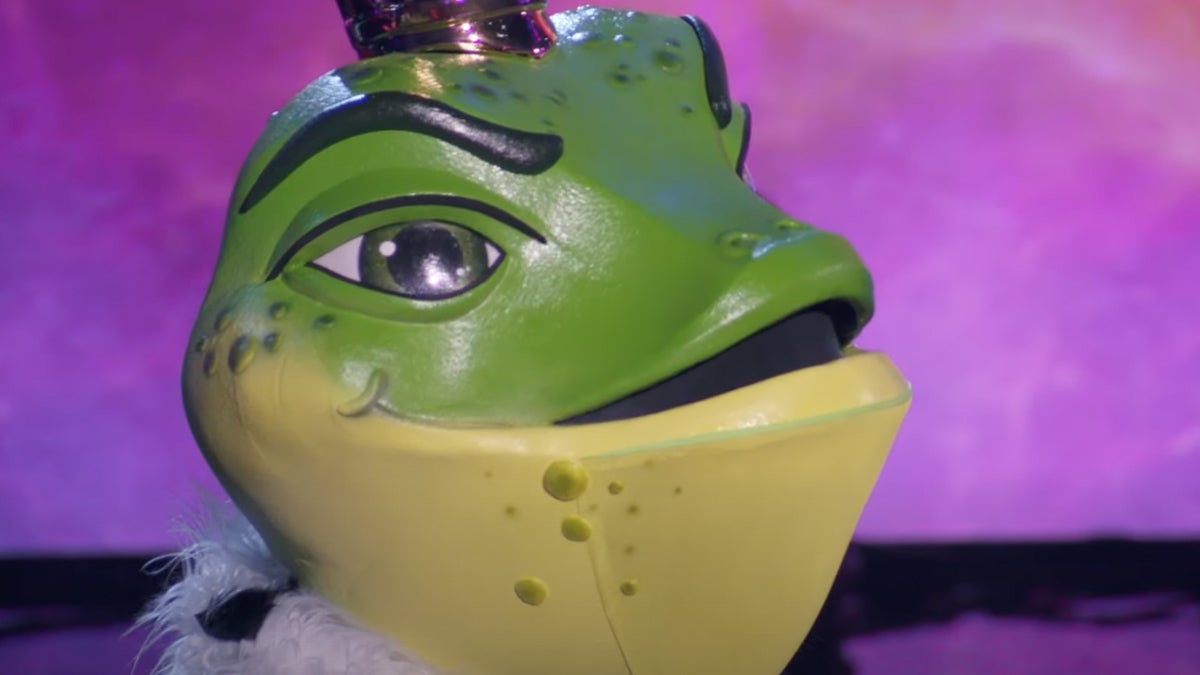 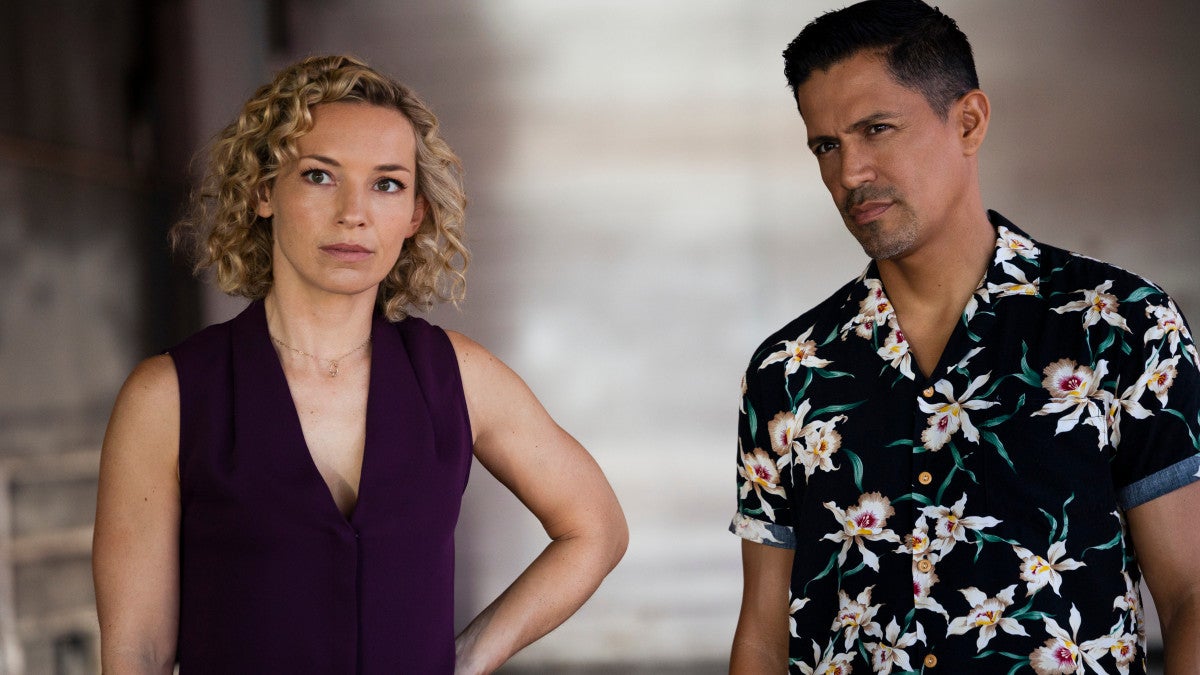 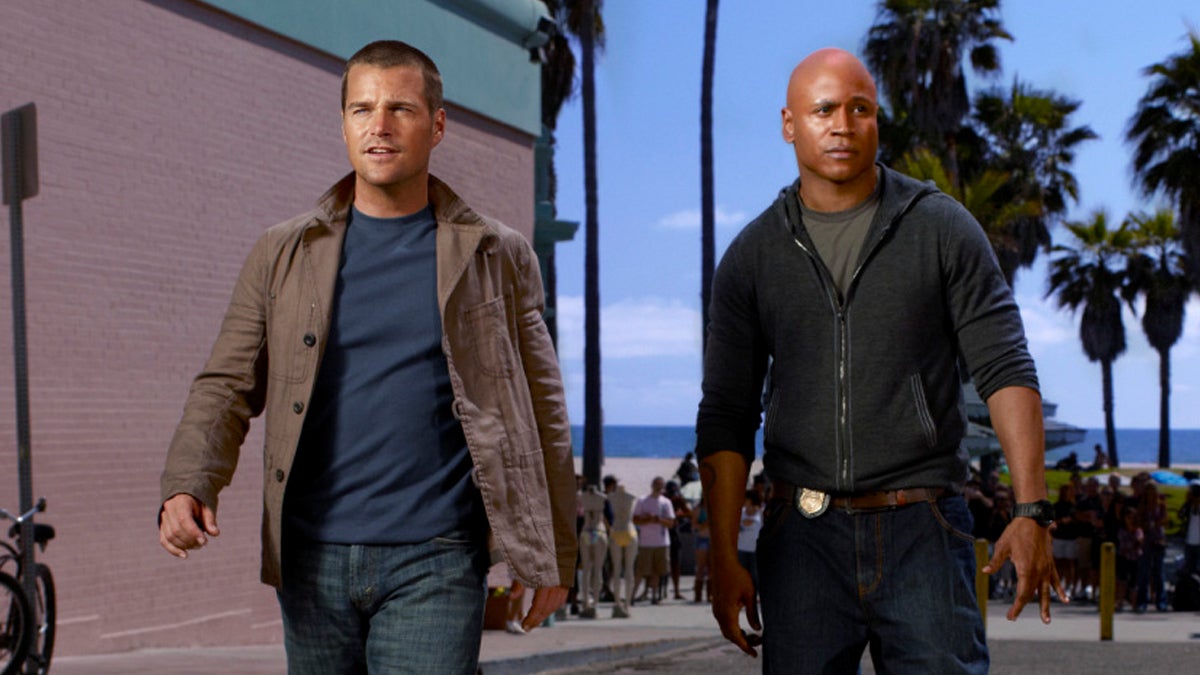 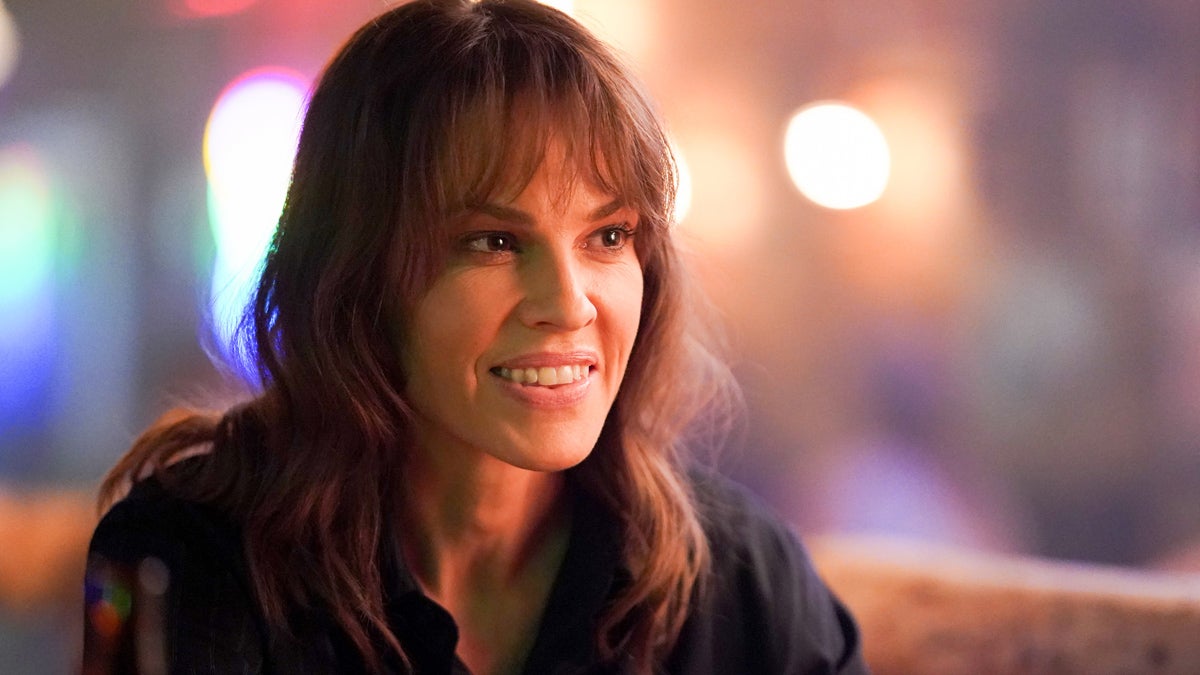