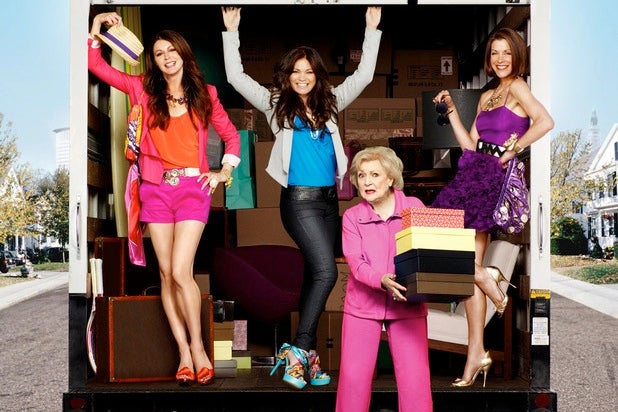 Valerie Bertinelli is still not over the end of her last sitcom, “Hot in Cleveland.”

“I’m still pissed off that TV Land canceled us,” Bertinelli said while promoting her new cooking series on the Food Network Tuesday during the Television Critics Association press tour. “I think it was the stupidest thing they ever did.”

“Hot in Cleveland” was the network’s first scripted series. Bertinelli starred alongside Betty White, Jane Leeves and Wendie Malick. It centered on three aging entertainment industry veterans from Los Angeles — Bertinelli, Leeves and Malick — who end up in Cleveland after their Paris-bound plane is forced to make an emergency landing. They decide to stay and lease a home, where Betty White’s caretaker Elka is still living in its guest house.

“Family Food Showdown” is a part of a new multi-series deal with the Discovery-owned network.

She’ll oversee a pair of competing families in a “fast-paced, action-packed culinary competition that unfolds over three rounds of cooking challenges in which earned advantages, team strategy and family dynamics up the ante in the final round of the contest,” per Food Network. Each episode, the winning family will be awarded a $10,000 prize. The series premieres March 3.