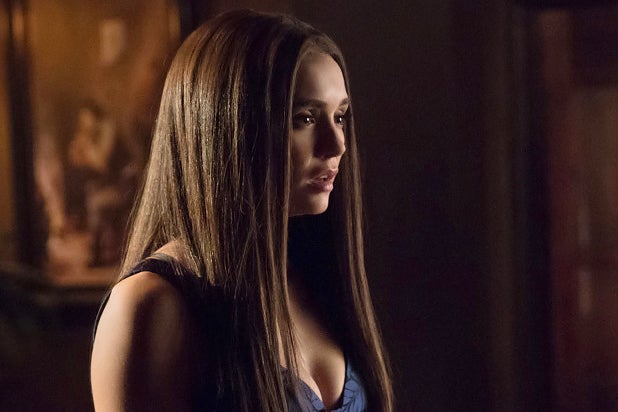 Nina Dobrev’s return to “The Vampire Diaries” for the series finale seemed to be a major question mark before it actually happened. But some couldn’t imagine ending the series without her.

“I think it would have been very strange to not have Nina come back for the finale,” Paul Wesley, who plays Stefan Salvatore on the show, told reporters following a screening of the vampire drama’s penultimate episode. “The whole story – the whole crux of it – is two brothers fighting over a girl. I mean, there’s a zillion other storylines, but I felt like it would have been a real shame for the fans and for the show to not sort of wrap that up to a degree.”

Dobrev was the show’s leading lady for six seasons, when she played the protagonist Elena Gilbert, forever caught between the two Salvatore brothers, and ancestor Katherine, who looked exactly like her but could not be more opposite or evil.

The series finale, when Dobrev will make her appearance as both Elena and Katherine, will not be a special two-hour finale, though the final hour will be preceded by a retrospective of the entire 8-season run of the show.

“I’m surprised we didn’t have a two hour finale,” Ian Somerhalder, who plays Damon Salvatore, said. “From a story standpoint, I was blown away. I thought, wow, they actually summed it all up into one 44-minute piece…. I think people will be pretty satisfied.”

Both actors used the word satisfying to describe the finale, and reading the script even made the usually stoic Wesley a little emotional.

Also Read: Nina Dobrev to Return to 'The Vampire Diaries' for Series Finale

“I read the script on the plane and it’s just a culmination of so many emotions,” Wesley said. “I got teary-eyed, and I’m kind of a cold-hearted bastard, so… I took a selfie with a little bit of red eyes and I sent it to Julie and Kevin, like ‘good work, guys.'”

“The Vampire Diaries” airs Fridays at 8 p.m. ET on The CW.