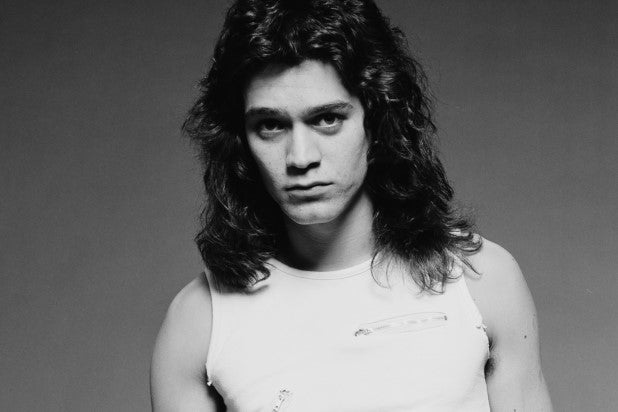 Eight of the top 10 songs on the iTunes charts (or nine of the top 11) are Van Halen singles, dominating Apple’s music sales less than 24 hours after legendary guitarist Eddie Van Halen’s death was reported on Tuesday.

The tracks come from Van Halen’s self-titled debut and their blockbuster album “1984,” with that album’s lead single “Jump” topping the charts. Other songs to crack the charts include “Panama,” “You Really Got Me,” “Eruption,” “Runnin’ With the Devil,” “Hot for Teacher,” “Jamie’s Cryin” and “Why Can’t This Be Love,” with “Ain’t Talkin’ Bout Love” coming in at #11.

While a BTS remix of the song “Savage Love” is still in the top 10, the other top-charting song is another instance of the Internet getting nostalgic, Fleetwood Mac’s “Dreams.” That song has exploded in popularity again overnight because of a hilariously absurd TikTok video that went viral showing a man lip-syncing to the Stevie Nicks track while skateboarding down the road and chugging a bottle of Ocean Spray. The video got so much attention, Mick Fleetwood himself even did his own version of the TikTok.

It’s worth noting that the Van Halen songs are the top selling on Tuesday night and Wednesday morning on iTunes, but not suddenly on the top of the pop charts or climbing the ranks on Apple Music, Apple’s streaming service.

Eddie Van Halen died on Tuesday at age 65 after he had battled throat cancer for more than a decade. Musicians and celebrities all over paid tribute to the guitarist online for how he created an almost entirely new language for the electric guitar with his lightning fast technique and shredding flair.

Van Halen remains one of the top selling artists of all time with more than 80 million records sold worldwide. They were inducted into the Rock and Roll Hall of Fame in 2007.