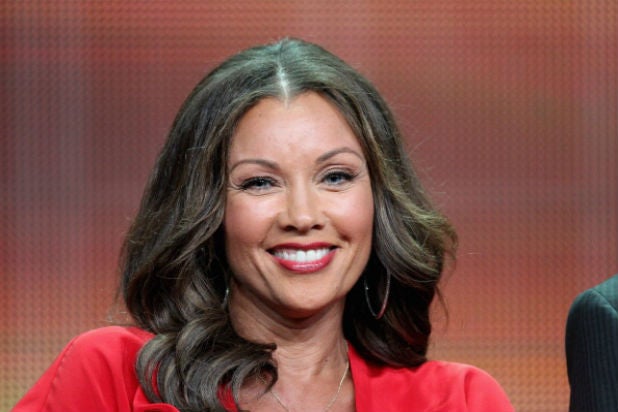 Vanessa Willlams is making a pact with Satan. Again.

“666 Park Avenue” alum Williams will star in an upcoming VH1 series based on Star Jones’ 2011 book “Satan’s Sisters: A Novel of Fiction.”

The series will revolve around the hosts of daytime talk show “The Lunch Hour,” who “discuss life, love, family, politics, and gossip.” Behind the scenes, “The Lunch Hour” is “a world filled with power struggles, personal demons, diva fits, love affairs, man troubles, cat fights…and cocktails.” (Which sounds a lot like a certain real-life talk show whose name rhymes with “The Spew”.)

Williams will play Maxine, the creator and host of “The Lunch Hour.” She’s described as “a formidable, powerful, and decisive woman [who] fears she’s being put out to pasture.”

The series is slated for an early 2017 premiere.

The series is a co-production with Sony Pictures Television.