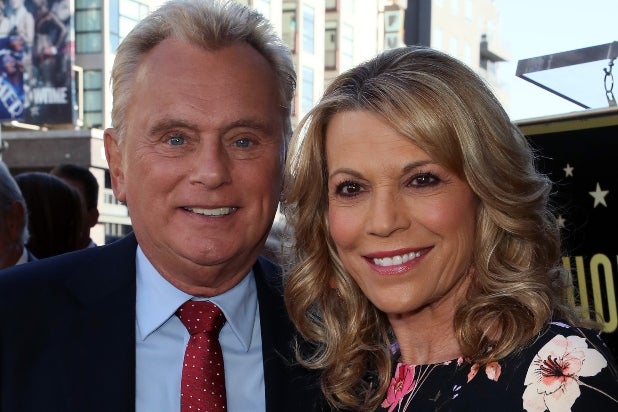 Vanna White will be covering hosting duties on “Wheel of Fortune” while regular host Pat Sajak recovers from emergency surgery, the show said in a statement posted on Twitter Friday.

Thursday’s “Wheel of Fortune” taping was canceled as Sajak “underwent successful emergency surgery to correct a blocked intestine,” the tweet said. “He is resting comfortably and looking forward to getting back to work. Taping resumed today as scheduled and Vanna White has stepped in as host.”

On Instagram, the “Wheel of Fortune” account shared a holiday-themed set photo featuring White with some iconic Disney characters.

“Vanna steps in as host and Mickey, Minnie, Donald, Goofy, and Pluto join in the fun! Tune in beginning December 9th,” it reads.

Sajak has been hosting the game show since 1983, having recently won the Guinness World Record for longest time hosting the same game show in May of 2019, having hosted for over 35 years. White and Sajak joined in the same year and have been hosting together ever since. The game show has been running since 1975. The pair have also appeared on “Fresh Off the Boat” together, as well as “King of Queens,” “Just Shoot Me!” and “The A-Team.”

Vanna steps in as host and Mickey, Minnie, Donald, Goofy, and Pluto join in the fun! Tune in beginning December 9th.

James Holzhauer lost his 33rd game of "Jeopardy!" after wagering an uncharacteristically modest $1,399 in his final “Final Jeopardy” round on June 3. He was expected to beat Ken Jennings' all-time highest winnings record of $2.5 million that day, but lost in a shocking turn of events to opponent Emma Boettcher. Holzhauer, a professional gambler, explained why he bet so low, telling The Action Network, "I knew I could only win if Emma missed Final Jeopardy, as there was no way she wouldn’t bet to cover my all-in bet. So my only concern was getting overtaken by third place, and I bet just enough to make sure of locking him out."
View In Gallery