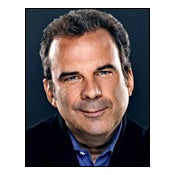 "I am really excited to help Variety re-establish a greater presence in New York, and to strengthen the financial coverage," Lowry said in a statement. "It feels great to be back on the beat."

Variety’s New York bureau has been a revolving door in recent years, with more people going out than coming in; the bureau there has had at least four leaders in the past four years.

Lowry will begin later this month and report to group editor Tim Gray.

The hiring of Lowry – and others – signals a continued expansion for the 105-year-old trade, even as it struggles to find its strategic rhythm online.

In December, Variety.com moved behind a pay wall, and has since seen its page views – as expected – tumble.