The Variety paywall is down, but apparently no one at Variety knows it.

Starting on Tuesday Wrap staff and others have been able to read Variety online, without being interrupted by any paywall.

What’s up? The trade announced that it was erecting a paywall in December, and was gradually shutting down free access to people who frequently use the site.

But after months of the paywall, that access was entirely open this week.

In a random poll conducted by TheWrap Wednesday of 20 outside Internet users — all using different IP addresses — none encountered the paywall. (All 20 had been blocked from interior articles as of last week.)

But strangely, Variety said the pay wall was stil there, and in fact was being extended.

In an email to TheWrap, Variety publisher Neil Stiles said the TheWrap staff was "confused": 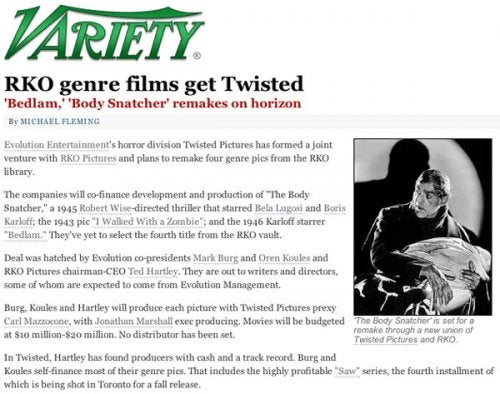 “There has been no change to the business plan at all … If you refer to the press coverage when we put the paywall up three months ago, we made it very clear that we had decided for both customer service and technical reasons to start with a ‘1:10 meets the pay wall’ role out (sic).

"We announced that we would gradually increase the pay wall until it was completely up. We have done this and are now at 1:4. The technology we use has turned out to be very robust and the issues around passwords has been less than we anticipated.

“We will go to 50 percent next week and then take it from there,” Stiles added. “We feel that once we get to 50 percent, there is a little extra burden on our registration system and it will be safe to go right up to 100.”

And a Variety editor also insisted the wall remained up on Wednesday.

In December, Variety made a rather vanguard decision to once again charge a subscription fee for online users — a move since followed by other trades, including Screen International, which are also feeling the effects of significantly reduced subscribers and print advertising dollars.

Last week, independent blogger Temp X raised hackles at Variety when he published an easy-to-execute hack that let visitors to Variety.com bypass the paywall. The trade quickly closed this loophole.