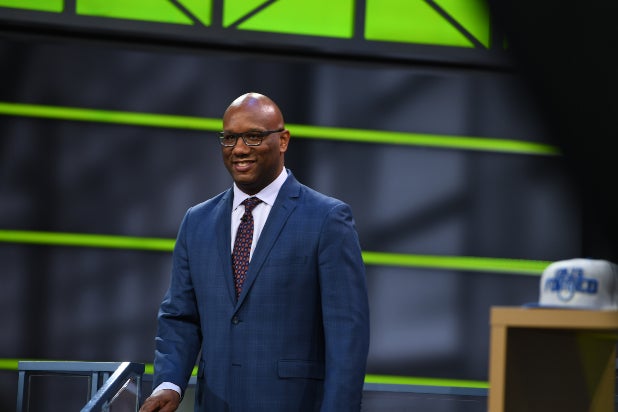 Vaughn McClure, an NFL reporter at ESPN since 2013, died this week in his home outside of Atlanta. He was 48.

His passing was announced by ESPN. No cause of death was given.

McClure had most recently served as the Atlanta Falcons reporter for NFL Nation. He came to ESPN after covering the Chicago Bears for the Chicago Tribune.

“We all loved Vaughn,” said John Pluym, senior deputy editor for digital NFL coverage at ESPN. “He had a heart of gold. He was so helpful to our reporters. In the last few hours, we’ve heard so many stories about how Vaughn had helped them with a story or how he put in a good word for them with a coach or player.”

In a statement of their own, the Falcons said: “We are saddened to learn of the passing of ESPN’s Vaughn McClure. He was an earnest, thoughtful reporter who had a passion for his craft and the relationships he held. He will be missed dearly and we are holding his family, friends and associates in our thoughts and prayers.”

McClure, a Chicago native, graduated from Northern Illinois University in 1994. His sudden passing was mourned by his colleagues at ESPN and in the industry on Thursday.

ESPN’s NFL Nation Reporter for the Atlanta Falcons, Vaughn McClure, died at his apartment in Atlanta. What a nice man he was. McClure was 48. Rest In Peace. pic.twitter.com/2bjwwKUjhH

I am heartbroken over @Falcons reporter Vaughn McClure’s death. Seven years ago, I helped VM with a ho-hum favor after a game … and yet, every day after that, whenever seeing him in Flowery Branch, Vaughn would offer a hug and thank-you. God bless you, @vxmcclure23! #RIP 🏈🏈 pic.twitter.com/CWxYYsxGv3

Vaughn McClure was one of the best people — and reporters — I have had the honor of working with. His drive, compassion and honesty set him apart. No words for this loss. pic.twitter.com/ZKQqFFe1my

Vaughn McClure was one of the best people in this industry. Always enjoyed every interaction we had. Great man and great journalist. Can't believe he has passed at age 48. RIP

Devastated by the loss of Vaughn McClure. I cannot express just how warm and kind and generous that man was. So incredibly charismatic, too. I’ll miss his gigantic hugs.

So sad to hear about the passing of Vaughn McClure. The tributes you're reading tell you what a well-respected, kind-hearted person he was inside and outside of ESPN. RIP

I’m stunned and saddened by the passing of Vaughn McClure. He was always friendly. Always a gentleman. Always a professional. Condolences to his family, friends, and colleagues.