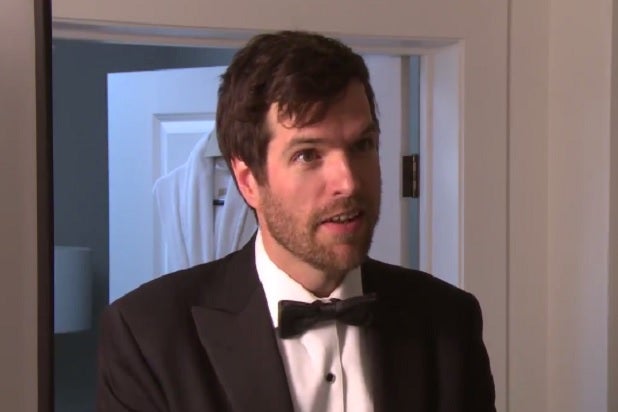 In a new video released by Funny or Die, Simons spends the day leading up to the annual, star-studded event getting himself mentally prepared.

At one point, he lies on his bed and reminds himself, “Just remember: you’re relevant.” He also practices some witty banter in front of the mirror: “Oh, hello there, Congressman white man whose name I don’t remember.”

After getting in a few fake laughs, he seems ready to go. Or is he? Hopefully screaming into a pillow is all it will take for Simons to feel comfortable going from the fake White House to the real thing.