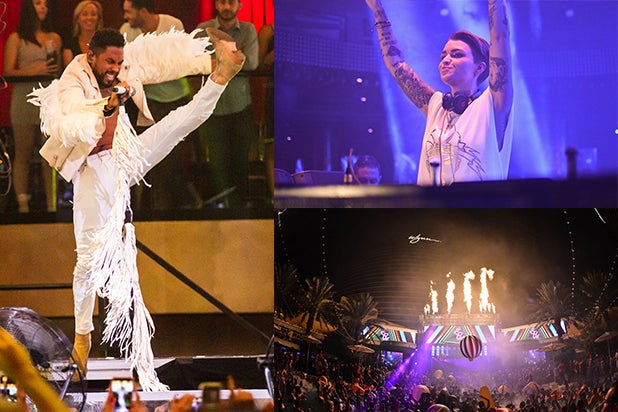 (XS, Tryst, Drai's)
The top shots of celebs and top DJ's working and playing in Vegas. 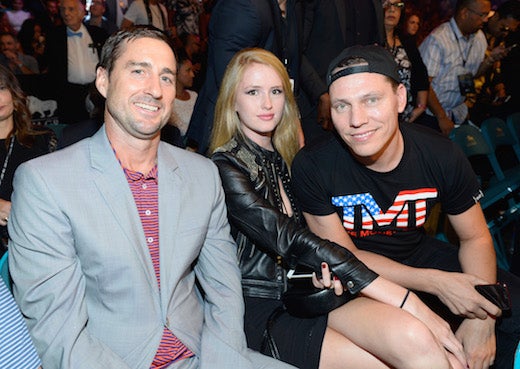 Bryan Steffy/Getty Images for Showtime
Luke Wilson,  Tiesto (right), and a Tiesto muse (center) sat ringside at the MGM for the Mayweather/Berto fight on September 12. Wilson has "Roadies" coming up on Showtime, Mayweather's broadcast partner. 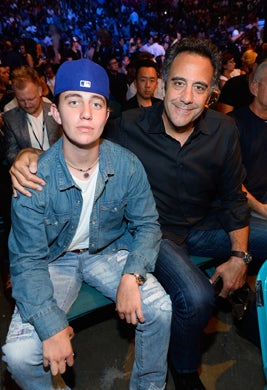 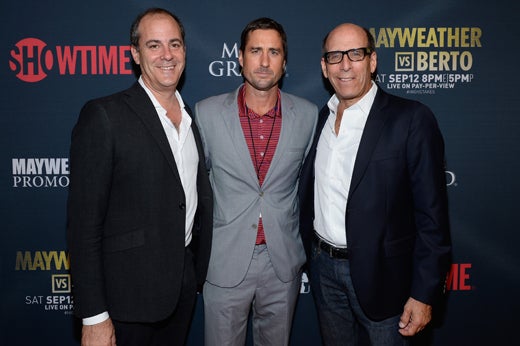 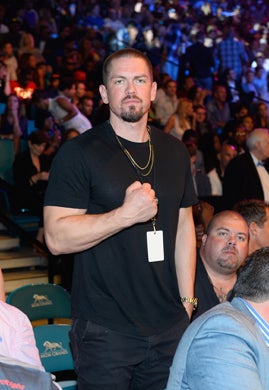 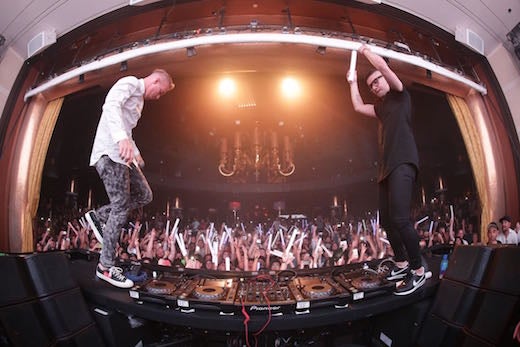 Danny Mahoney
Summer was not over until Diplo and Skrillex's collaboration as JACK U closed down XS on Monday night. 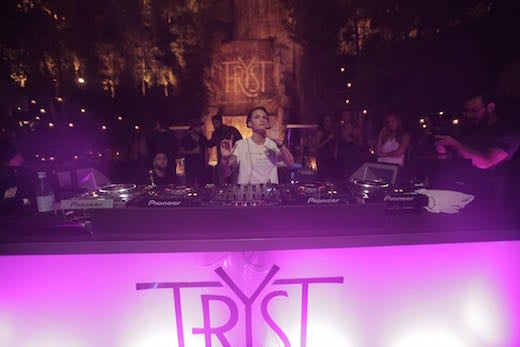 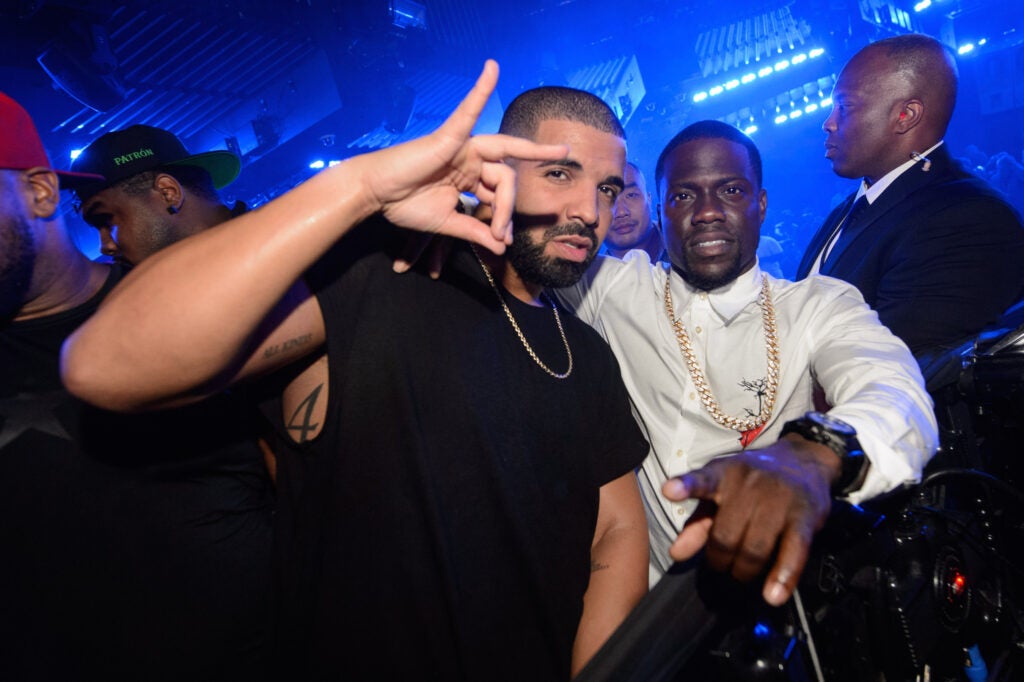 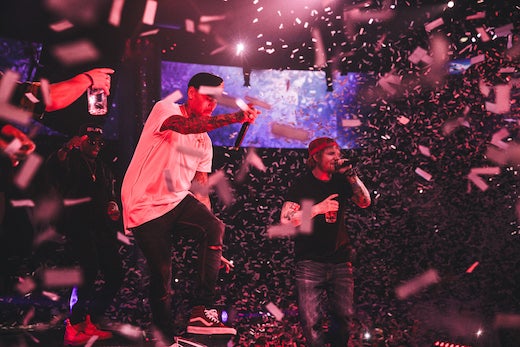 Drais Beach Club
Ed Sheeran popped up on stage with Chris Brown during Brown's headlining set atop the Cromwell at Drai's on September 6. 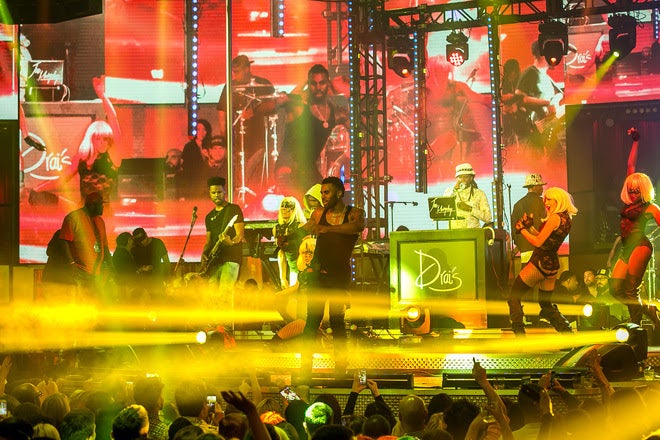 Jeff Ragazzo / Kabik Photo Group
Before the finale of "So You Think You Can Dance," judge Jason DeRulo preceded Brown by one night for a full concert set. 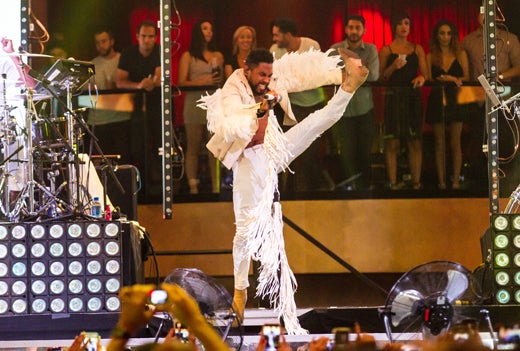 Stevens Kabik
Miguel snuck away from L.A. during MTV's VMA's weekend for a performance at Drai's. 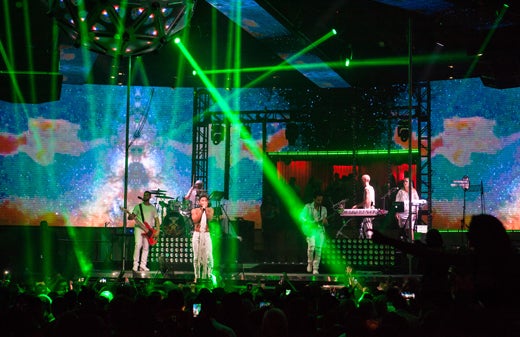 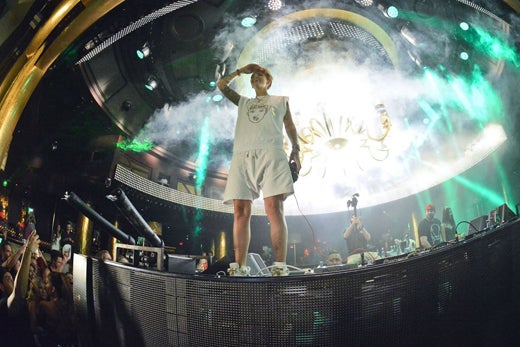 Karl Larson
That is not Justin Bieber atop the decks at XS' Night Swim... 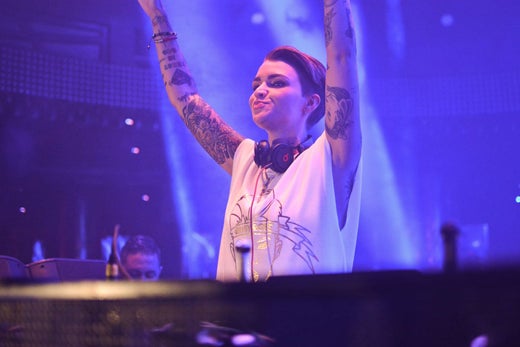 Karl Larson
...it's Ruby Rose. The "Orange is the New Black" breakout was spotted backstage at Encore Beach Club with Bieber earlier this summer, a "tell" that she has her own residency forthcoming. 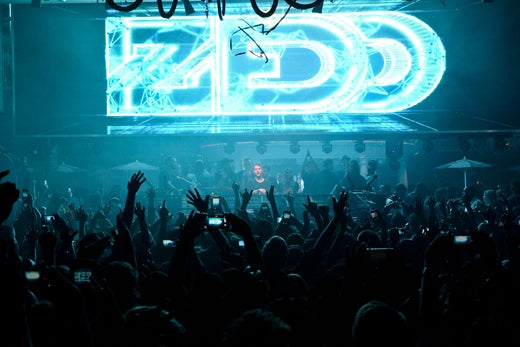 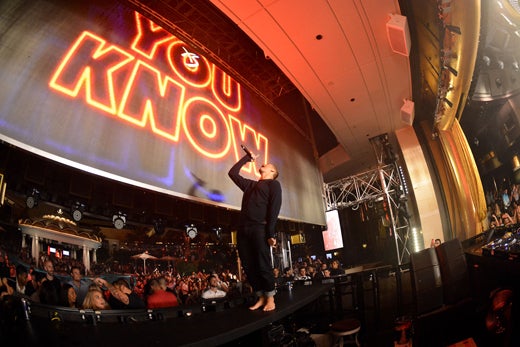 Karl Larson
Kaskade imported his festival production of projected lyrics with him to Sin City for the August 21, show at XS. 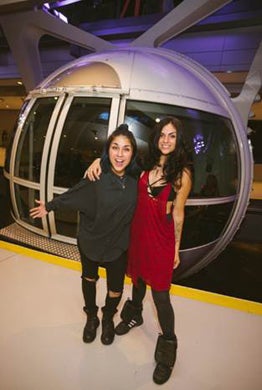 Meanwhile, Krewella did something Vegas DJ's never do: get time on the ground. They visited the High Roller at Linq. 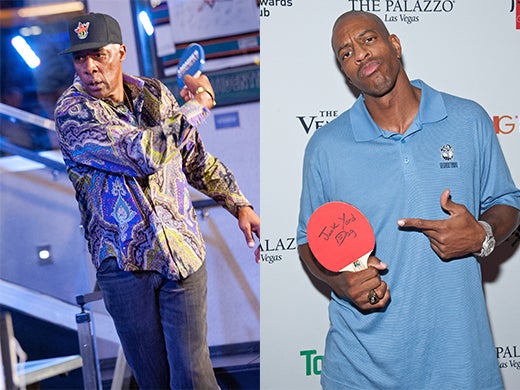 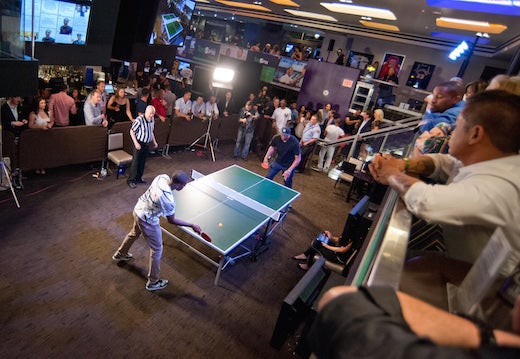 Palazzo
Chris Paul hosted the tournament for the IHG Rewards Club on what became a big NBA weekend in Vegas earlier this summer. 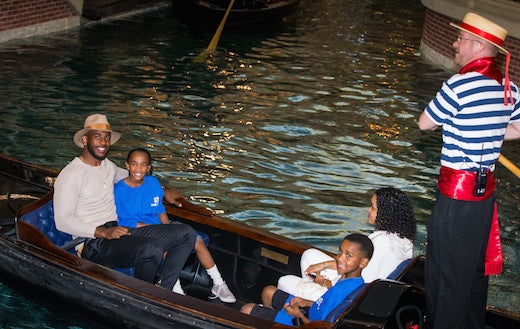 Palazzo
Inside the Venetian/Palazzo complex, CP3 took a gondola ride. 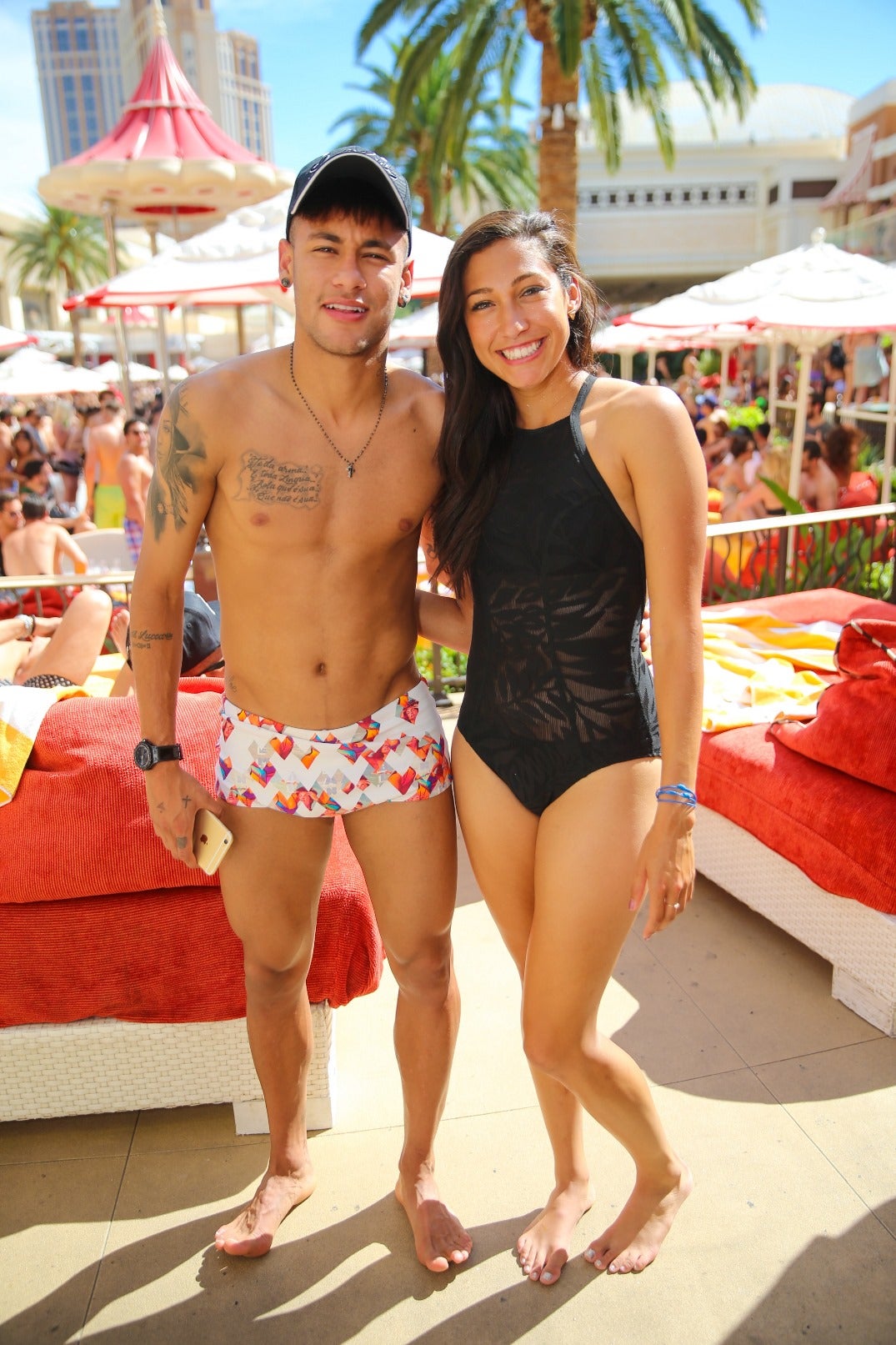 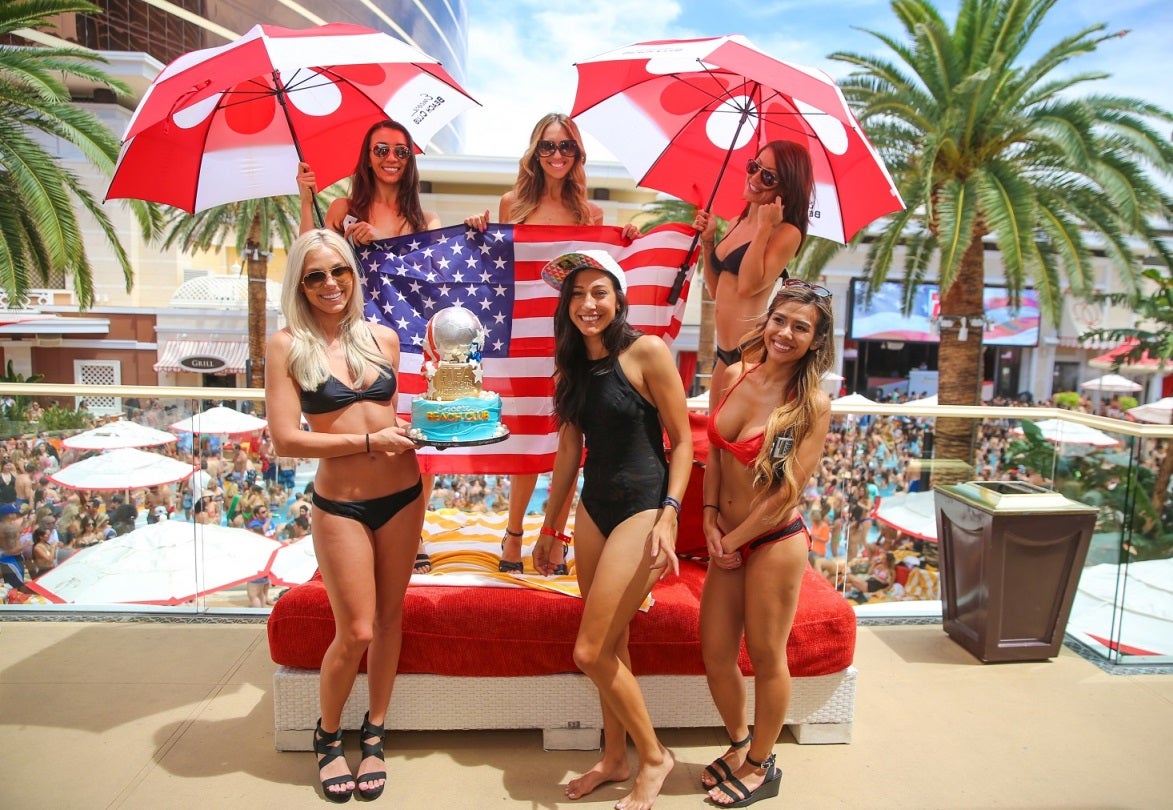 EBC Photographer
Press went from an NYC hero's welcome to a Vegas pedestal in 24 hours. 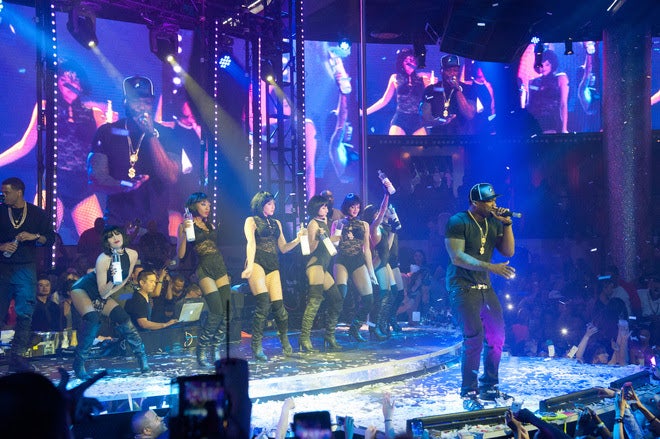 Patrick Gray / Kabik Photo Group
50 Cent had a full line of dancers toting his Effen vodka as he performed a belated "birthday" bash at Drai's. 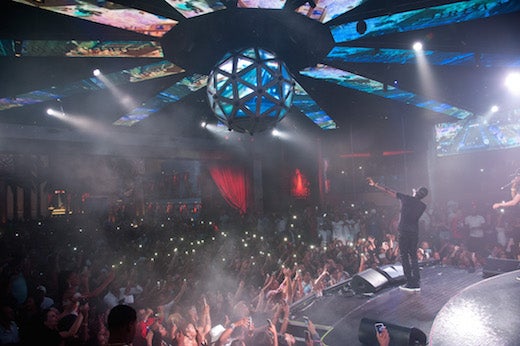 Patrick Gray / Kabik Photo Grou
The next night, Meek Mill lit up the club 11 stories above the strip atop the Cromwell. 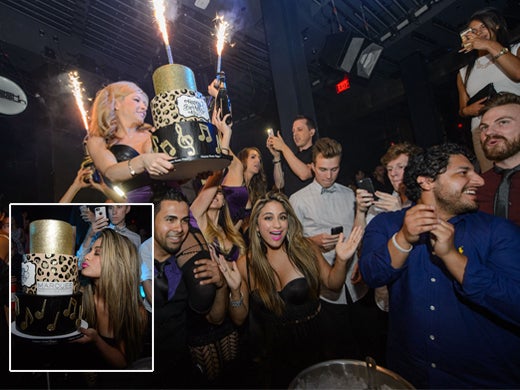 Al Powers/Powers Imagery
Mondays after holiday weekends do not mean "back to work" for Fifth Harmony singers. "Selfie Goddess" Ally Brooke rocked the night before her 22nd birthday in Vegas at Marquee Nightclub as Dash Berlin performed.
x
Looks like you're enjoying reading