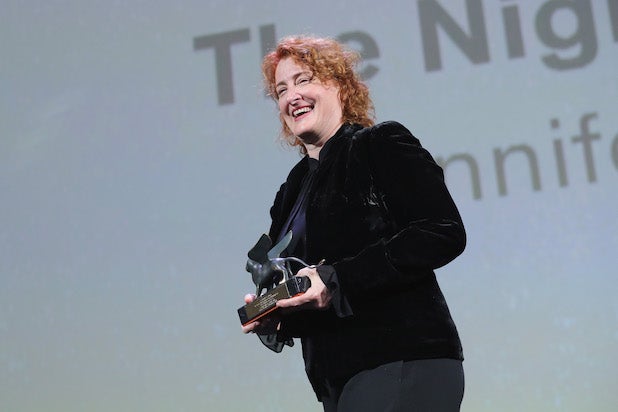 Jennifer Kent, a member of this year’s jury for the Venice International Film Festival whose film “The Nightingale” was the only female-directed film in last year’s competition, says she’s disappointed that this year’s Venice features only two films directed by women out of 21 in competition.

“I think it’s an issue,” Kent told TheWrap, who broke out with her 2014 debut feature “The Babadook” and won a special jury prize for “The Nightingale” in Venice last year. “I hoped there would be more. I really did.”

The Australian filmmaker noted the challenges that she and women like this year’s jury president, Argentinian director Lucrecia Martel (“Zama”), faced in the film industry even in the midst of calls for greater gender representation. “There are some incredible women out there making films, and we need to see them, and they need to be in festivals, A-list festivals, and have the opportunity that men are having,” she said. “All I can do from my perspective is keep making films, no matter how hard it is.”

Reps for the Venice festival did not return multiple requests for comment, though festival chief Alberto Barbera defended the competition lineup to Variety by noting that less than 24% of this year’s 1,860 submissions came from female directors: “What I’m never going to do is take a movie directed by a woman just to raise the proportion.”

Kent added that while she can only fairly judge the films as she sees them, she hopes to be able to give the two films directed by women some love. “It’s really important to have a female voice within the jury,” Kent said. “I sometimes wonder if ‘The Nightingale’ was received in a different light because it was directed by a woman. We can’t escape this, but what can you do?

“Well, you can just keep going and keep making stories you believe in,” she continued. “And in terms of encouraging, I cannot encourage younger women enough to have faith in their voice and trust that their films can get made and that people will want to see them. We need you.”

The two films directed by women featured in the lineup are “The Perfect Candidate,” from Haifaa al Mansour, and “Babyteeth” from director Shannon Murphy. In the last three years of the festival, including 2019, 63 films have competed for the top prize, and only four have been directed by women.

Venice’s main competition slate also fell short of other international film festivals. The Toronto International Film Festival managed an even split of male and female directors. Cannes had four women on their slate earlier this year, and Berlin had seven.

Roman Polanski’s next film “J’Accuse” is also among the films competing for the festival’s top prize. He is making his first appearance at a major festival since he was expelled from the U.S.’s Academy of Motion Picture Arts and Sciences in May 2018, with the decision by the AMPAS Board of Governors referencing his 1978 guilty plea to a charge of statutory rape. His presence specifically among the slate in addition to a lack of female voices sparked some backlash many in Hollywood.