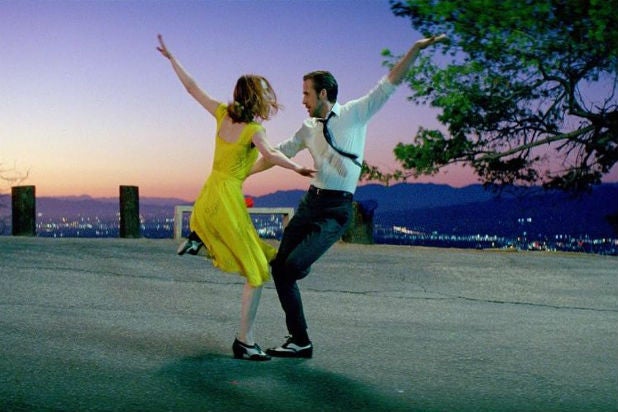 Malick is bringing his new IMAX documentary “Voyage of Time,” which the slow-moving filmmaker has been working on sporadically for decades. Narrated by Cate Blanchett, the film is described as a “celebration of the universe, displaying the whole of time, from its start to its final collapse.”

As was previously announced, “Whiplash” director Chazelle’s tribute to Hollywood musicals, “La La Land,” will screen on the opening night of the festival on Aug. 31. In addition, director Antoine Fuqua’s reboot of “The Magnificent Seven,” starring Denzel Washington, is set to screen out of competition before it goes to the Toronto International Film Festival to be that fest’s opening-night attraction.

Gibson is bringing “Hacksaw Ridge,” his first directorial effort in 10 years, to the festival for an out of competition screening. The film tells the true story of World War II soldier Desmond Doss, who became the only conscientious objector to ever win the Medal of Honor.

Natalie Portman will appear in two films in this year’s festival: “Jackie,” about the life of First Lady Jackie Kennedy, and “Planetarium,” which follows two sisters who can communicate with the dead. Michael Fassbender and Alicia Vikander‘s “The Light Between Oceans,” directed by Derek Cianfrance, will also screen in Venice.

As usual, the prolific James Franco will have a film at the festival: “In Dubious Battle,” which is directed by Franco and stars Bryan Cranston, Ed Harris, Sam Shepard, Robert Duvall and Selena Gomez.

Check out the full lineup below.