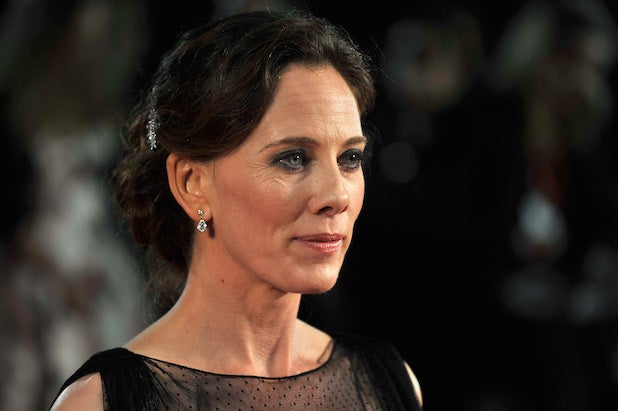 Legendary Entertainment has closed a deal with Kelly Marcel, the screenwriter of “Venom” and “Fifty Shades of Grey,” to adapt, direct and produce Claire McFall’s novel, “Ferryman,” an individual with knowledge of the project told TheWrap.

“Ferryman” will be the directorial debut of Marcel, who also wrote “Saving Mr. Banks” and is attached to write the “Venom” sequel and “Cruella,” the live-action “101 Dalmatians” spinoff movie starring Emma Stone at Disney.

“Ferryman” is the first of three books in McFall’s YA novel trilogy. It was originally published in the U.K. by Templar in 2013 and won the Scottish Teen Book Award. It is a modern retelling of the ancient Greek myth of Charon, the ferryman of Hades who transported souls to the underworld.

The first two books in the trilogy have sold over three million copies worldwide. The final book is due to be released in the spring of 2019. Additional global publishing deals are underway, including the U.S.

“Ferryman” follows a young girl named Dylan as she emerges from the debris of a train crash on an empty Scottish landscape. Believing herself to be the only survivor, she learns instead that she is the only fatality — and is trapped in a dangerous limbo. She meets a mysterious boy named Tristan, her “ferryman,” sent to guide her through the wasteland and into the afterlife, but they fall in love with perilous consequences.

Marcel is a BAFTA nominee and she is currently executive producing and writing the sequel to “Venom.” She is represented by WME, Casarotto Ramsay & Associates in the UK and Sloane Offer Weber & Dern.