Verizon has laid off at least 50 people in a consolidation of its video product business, according to multiple company insiders. 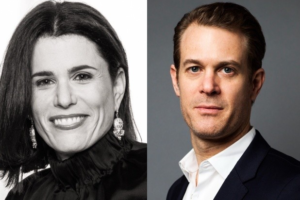 The people laid off in the latest round were formerly managed by Brian Angiolet, senior vice president, global chief media, but most recently reported to Alex Wallace, vice president of entertainment at Oath studios. Both Angiolet and Wallace will remain in their jobs.

Verizon also laid off over 150 video employees in January 2017.

The consolidation of AOL, Yahoo and streaming video services like go90 under the new Oath umbrella has led Verizon to restructure its approach to video. Verizon has struggled for a decade to build a consumer-facing streaming video business. In June, the company shuttered go90, its most recent attempt at a streaming service.

News of the layoffs comes as the company announced Oath CEO Tim Armstrong will step down.

Those laid off include Oath general manager of entertainment Ivana Kirkbride, go90’s Steve Woolf and Chris Castallo, and Richard Tom and his Revvel team. Tom is best known for his role in building Hulu as CTO of the subscription streaming service started in 2006.

Jocelyn Johnson is the Director of Digital Video News and Membership at TheWrap, Jocelyn draws upon nearly 10 years as a serial entrepreneur of both services and venture-backed businesses in the entertainment industry, including VideoInk, which was acquired by TheWrap in August 2018.
x
Looks like you're enjoying reading