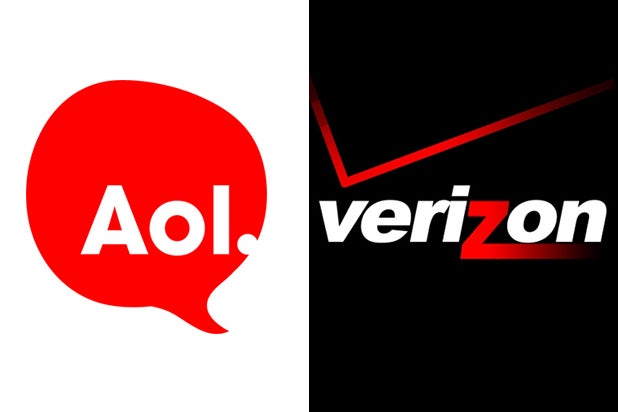 It’s been nearly a year and a half since Verizon acquired Intel’s ‘OnCue’ TV unit, with a goal of launching its own ‘over-the-top’ internet television service.  With that OTT launch expected this summer, Verizon is now paying roughly $4.4 billion to acquire AOL.

In January, Verizon CEO Lowell McAdam denied a report that a deal was in the works. “I think AOL along with lots of other media companies are potential for us to do partnering, on a commercial basis or whatever,” McAdam said at the time. “But to say that we are having significant acquisition discussions is really not accurate.”

While Intel’s technology will serve as the backbone of Verizon’s OTT offering, there’s been speculation Verizon will offer an ad-supported version of the service. The AOL deal allows Verizon to tap into AOL’s advertising technology.  Speaking at an investor conference Tuesday, Verizon’s President of Operations John Stratton said “For us, the principal interest was around the ad tech platform.”

Like any Pay-TV operator, Verizon has been actively exploring ways to hold onto television viewers.  Its FiOS TV offering is not an OTT product and has similar limitations to traditional cable. FiOS has been experimenting with lower priced ‘skinny’ programming packages, which have sparked legal fights with partners like Disney-owned ESPN. “In the Verizon case, we were simply asking them to adhere to the contract that they had negotiated with us,” Disney CEO Bob Iger said on the company’s recent earnings conference call.

As for the possibility of having both subscription and ad-supported OTT services, Verizon seems to leaving that door wide open.  On its quarterly earnings conference call in April, Chief Financial Officer Fran Shammo was asked about the pricing for the OTT service: “When you think about the monetization, there’s many different avenues we can do on this. There could be premium subscriptions. There could be pay-per-views using the multicast technology. There can be advertising models so that the consumer does not pay for the content consumption. Or, as others would call it, sponsored data.”

Jon Erlichman is Los Angeles based television & print journalist, covering media, entertainment & technology. Most recently, Jon served as a correspondent for ABC News and as a contributor for HLN. Previously, he served as Senior West Coast Correspondent for Bloomberg Television & Bloomberg News. Jon was first to report Satya Nadella would be the new CEO of Microsoft. He also broke stories on Apple, Twitter, Netflix, AMC Networks & BuzzFeed. On television, he has interviewed a wide range of executives & creators, including Bob Iger, Barry Diller, Sergey Brin, Mark Zuckerberg, Oliver Stone, Vince Vaughn, Mike Judge, Kobe Bryant, Usher, Ryan Seacrest, Stan Lee, & Arianna Huffington. He was named one of the "100 tech people you have to follow on Twitter" by Business Insider.
KEEP READING..