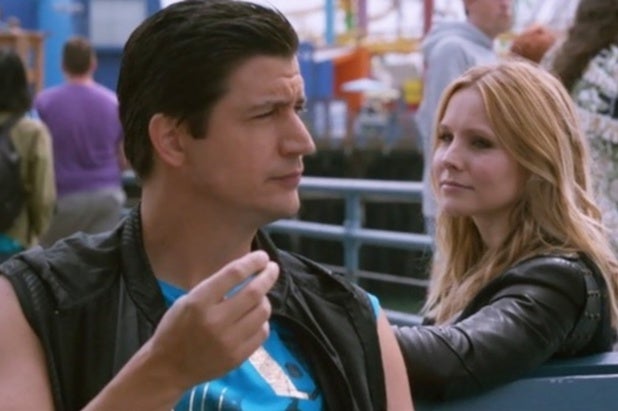 It looks like sleuth Vinnie Van Lowe is headed back to Neptune after all, as Ken Marino is the latest of the “Veronica Mars” cast members to confirm his return for the Kristen Bell-led series’ upcoming eight-episode revival on Hulu.

A spokesperson for Warner Bros, the studio behind the original series and the followup, confirmed to TheWrap Marino will reprise his role as Neptune’s seediest private investigator and chief rival of Veronica (Bell) and her dad Keith (Enrico Colantoni). The actor is set to return for three episodes.

“The Other Two” star revealed the news himself Monday, in an interview during the Television Critics Association press tour.

“[‘Veronica Mars’ creator] Rob Thomas and I were talking about [‘The Other Two’] and how much he likes this show, and I asked him, ‘If you love it so much would you promote it,’ and he was like, ‘Absolutely,'” Marino told TV Guide. “So he put it out there and somebody asked him and he said that I am in it. So I think I can say I am in it. I hope so, I hope I’m not getting myself in trouble, but he said it on Twitter so — if it’s on Twitter, it’s out there. I might be showing up — cannot confirm or deny.”

See the tweet Marino is referencing below, which was hidden on Thomas’ timeline, in a response to a fan last month:

No launch date has been set for the “Veronica Mars” revival, but it’s expected to premiere later in 2019. You can read what Hulu’s Senior Vice President of Originals, Craig Erwich, told TheWrap about the possibility of a Season 2 here.